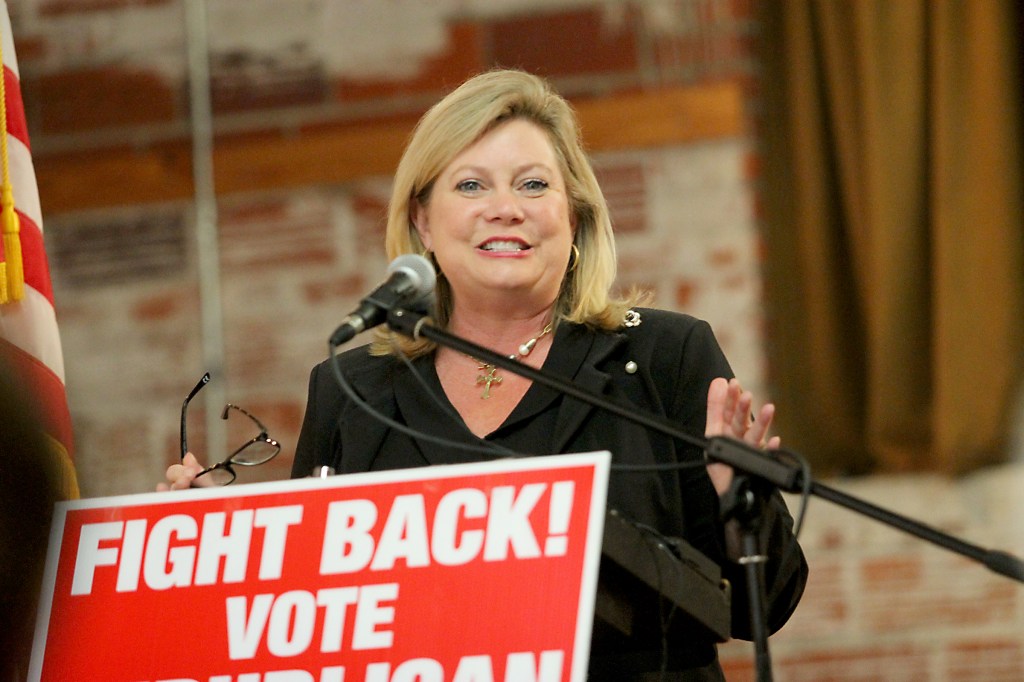 Cavanaugh currently serves as the president of the Alabama Public Service Commission. Cavanaugh spoke to local GOP members about the importance of electing strong, conservative leadership in 2020.

“Ask the right questions when it comes to candidates,” Cavanaugh said. “You want to know their core convictions and that they will fight for what we want. It’s time for us to get up and start fighting for ourselves. It’s time to get up and get going.”

Cavanaugh said Gov. Kay Ivey was leading the way. She cited Ivey’s decision to opt out of federal unemployment payments effective June 19 as well as Ivey’s decision not to have federally mandated vaccine passports in Alabama.

“That’s the kind of leadership we need as a nation and a state,” Cavanaugh said.

While serving as the president of the PSC, Cavanaugh is credited with reducing the size of the commission by 20 percent, passing an ethics policy, promoting business incentives to encourage small business development in the state and working to keep utility usage rates low for home consumers as well as farmers.