Conecuh Ridge down the road 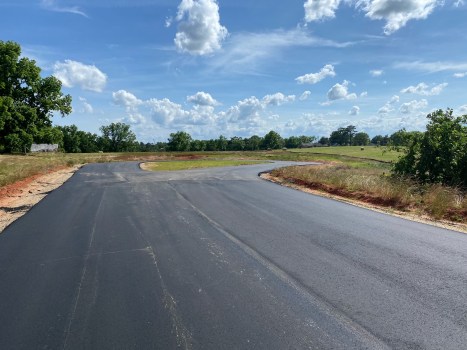 Contributed Photo The infrastructure work on the site for the Conecuh Ridge distillery is underway.

As the roadwork to the site of the Conecuh Ridge Distillery in Troy nears completion, talk around town once again focuses on the distillery and what it will mean to Troy and Pike County, including as a tourist attraction.

On September 14, 2017, Governor Kay Ivey was in Troy to announce that Conecuh Ridge Distillery, the producer of Clyde May’s Alabama Style Whiskey, would be coming to Troy

L.C. May, the National Brand Ambassador for Clyde May’s Whiskey and the grandson of the whiskey’s namesake, said the plans for the distillery have not changed.

Now that the road to the distillery is nearing completion, May said hopes are to have a formal groundbreaking ceremony in July or late summer.

Once ground is broken, May said the facility will be built in phases, with the actual distillery being part of phase one.

“There will be various experiences built that are designed for visitors to come tour and view the facility,’ he said.

“We do understand that construction of our distillery has taken quite a bit of time; however, we had to do our due diligence to ensure that construction could begin without any hiccups. ‘Patience is virtue’ and I can assure you that we will reward everyone’s patience by building a state of the art facility that the city of Troy and the state of Alabama can be proud of.”

May said he and the entire Clyde May family are excited about the facility and are looking forward to its opening.

Clyde May was a legendary moonshiner whose apple-flavored whiskey stood far apart from any other whiskey made on the Conecuh Ridge over in Bullock County, Alabama.

May started with the cleanest still possible and finished with baked apple slices. His high standards led to a whiskey that he felt proud to put his name on and one that Conecuh Ridge Distillery is just as proud to name Clyde May’s Whiskey, his grandson said.