Don Moore began his football coaching career at Goshen and returned this week as the Eagle’s new head football coach and athletic director.

“I started today [Wednesday] and I’ll be here from here on out,” Moore said. “Goshen has always been a place I wanted to get back to. I said if I had the opportunity to come back, I was going to take it full force.”

The Pike County Board of Education approved Moore’s hire on Monday night to replace 12-year head coach Bart Snyder, who announced his retirement in April. Snyder was at the helm of the Eagle’s program when Moore got started in coaching.

“I was a volunteer coach while I was at Troy University,” Moore said. “I had a friend that was coaching at Goshen and he got me in the door. I talked with coach Snyder and then I interned at Goshen.”

He served as the Eagle’s defensive line coach under Snyder in 2010. In 2011, he served as the co-head coach at Pike County High School as well as the junior varsity coordinator.

The following year he began his tenure with Dale County High School as the head strength and conditioning coach and defensive coordinator. For the past three seasons, he served as the head coach at Dale County.

Moore said he was just getting reacquainted at Goshen, but had already hit the ground running.

“I’m thrilled to be back,” Moore said. “Very, very thrilled. I’m meeting people right now. I’ve met some players and some student athletes and I’ve seen all of the facilities.

“The first thing I want to do is meet with the coaches and develop a plan for the summer. Strength and conditioning is a big part of my process. So, I want to get that started. Then I want to meet with all of our players. I’ve met some of them already, but I want to talk with coach Snyder about where the team is at right now. I’m excited to get the new era of Go-shen High School football and athletics started.”

The position at Goshen will also be a homecoming of sorts for Moore.  His wife, Casey Moore Campbell, is from Troy and the couple and their son live in Troy. 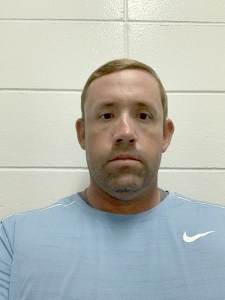