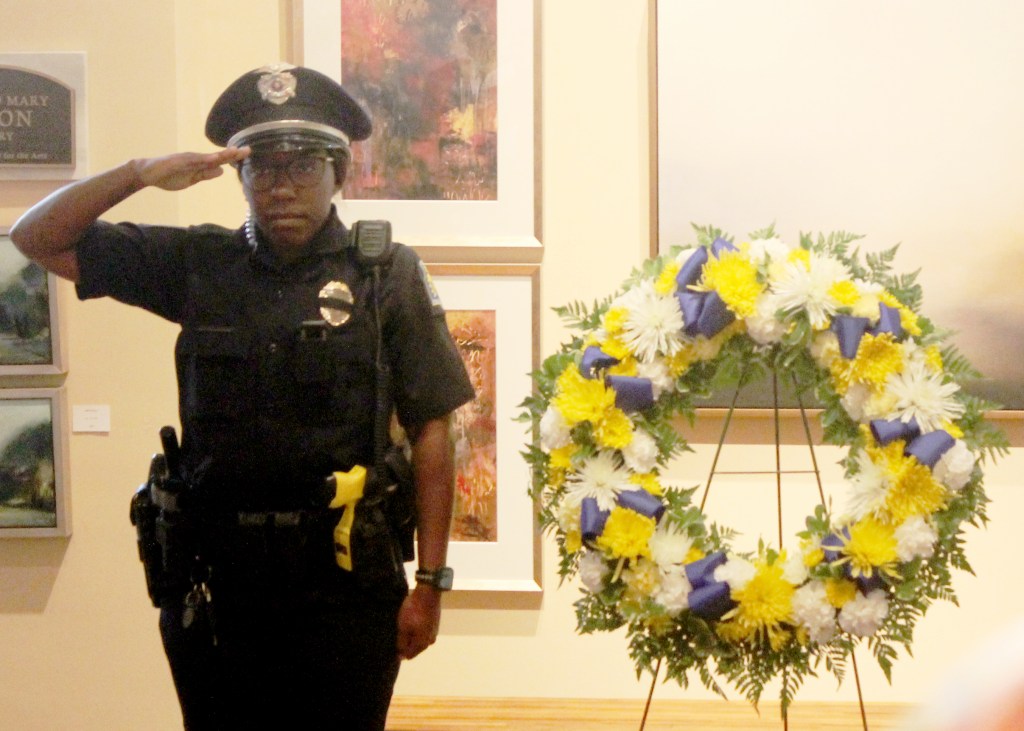 The Memorial Day Ceremony honored the officers that have fallen in the line of duty in Troy.

“I’ve been to all of these for many, many years,” Troy Mayor Jason Reeves said. “There’s something different about every one. But, one thing that hasn’t changed about this day is the somberness. It’s a day to remember our fallen officers. I have a feeling of sadness every year that this happened to people we remember. But, I also have a sense of thanksgiving.

• Officer Will Jackson’s end of watch was June 3, 1905. Jackson was killed while attempting to arrest a man who had failed to pay his street taxes.

• Officer Jean Youngblood’s end of watch was May 21, 1962. Youngblood was shot and killed while attempting to secure a business from a man who had just robbed a bank and killed two bank tellers in Ozark.

• Sgt. Cecil Sullivan’s end of watch was Nov. 12, 1967. Sullivan died from an apparent heart attack while transporting an emergency patient from Troy to Baptist Hospital in Montgomery.

• Sgt. Billy Ray Dease’s end of watch was Jan.15, 1968. Dease died from injuries he sustained when he was struck by a car while he was directing traffic.

• Officer George Steve Watkins end of watch was Nov. 26, 1981. Watkins was shot and killed after responding to a report of an elderly man shooting a gun.

• State Trooper Robert “Bob” Jones’ end of watch was Oct. 3, 1991. Jones was killed when his patrol car crashed into a tractor trailer that pulled out in front of him while Jones was responding to a reckless driving call.