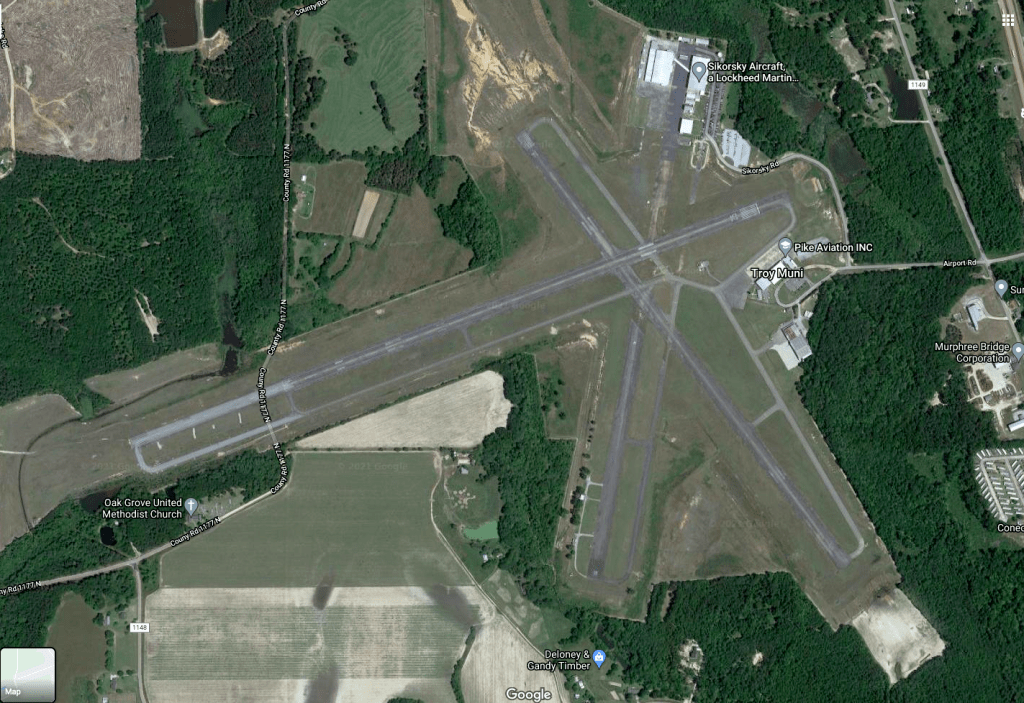 ©2021 Google Map Data Troy Municipal Airport will have its 0725 runway milled and overlayed. The Federal Aviation Administration will cover the $1.7 million cost with a grant.

The Troy City Council discussed applying for a grant to build sidewalks along Park Street.

The city will apply for a Transportation Alternatives Program grant that would place sidewalks on the west side of Park Street from Center Street to Memorial Drive and extend the sidewalks to Bicentennial Park.

The project would be applied for during the 2022 phase of TAP grant applications.

• The council approved the purchase of a John Deere 6110 tractor for $86,000. The tractor will replace a Kubota tractor that has been retired from service. Troy Mayor Jason Reeves said the purchase would be an unbudgeted expense, but there would be money available for the purchase through Federal Emergency Management Agency reimbursements for storm damage clean-up.

• Troy Municipal Airport will have one of its runways resurfaced at no cost to the city.  The Troy City Council was informed that the Federal Aviation Administration would pay all of the $1.7 million bill to mill and overlay the 0725 runway at the airport.

• The council agreed to move forward with plans to declare 317 Woodland Circle as dilapidated property and to have the structure removed.