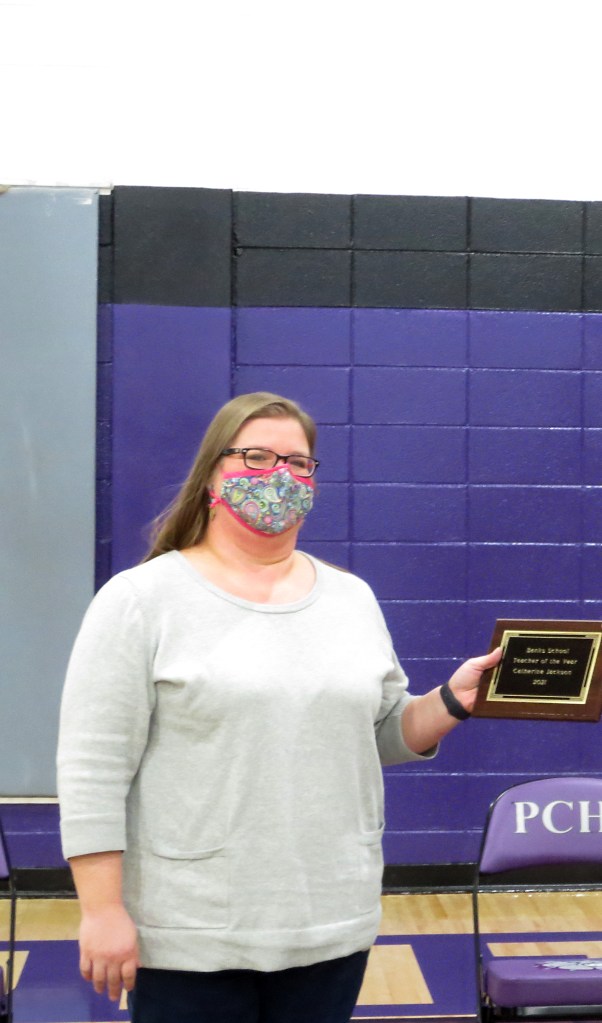 Jaine Treadwell | The Messenger In January, Catherine Jackson was recognized as the Elementary Teacher of the Year for Pike County Schools. Jackson teaches at Banks Primary School. She is now a Top 16 finalist for Alabama Teacher of the Year.

Jackson, said being a Top 16 finalists is an honor for her personally and also for Pike County Schools and she is greatly appreciative.

This is only Jackson’s second year at Banks Primary School. However, the Montgomery native, has taught middle and high school as well as elementary school.

“I’m here because I married Josh Grissett who is from Pike County,” Jackson said. “And, I’m at Banks Primary because Pike County is a wonderful school system and I’m proud to be a part of it. My daughter is a fifth grader at Banks School.”

For Jackson, teaching is an awesome responsibility and one that she does not take lightly.

Jackson said it is rewarding to see her students come into their own but, at the same time, it can be very challenging.

“Third-graders have to learn to express themselves and to understand that others have their opinions, too,” Jackson said. “So, they have to learn to accept the opinions of others while holding true to theirs. Third grade is an interesting and challenging time for students and for me.”

For Jackson, teaching at Banks Primary School has provided an opportunity that many teachers never have.

“Last year, I taught second grade, so this year I have the same students as third graders,” she said. “I’ve had the opportunity to see them grow as third graders and also to be with them through this very unusual year when we have been teaching and learning virtually and traditionally. It has been a very challenging year and also just as rewarding.”

Jackson said much of her time away from school is spent bettering herself professionally. She plans to continue her education and become a national board certified teacher.

If she could receive any gift for being among the Alabama Teacher of the Year 16 Finalists, she said without hesitation, “Books for my classroom.”