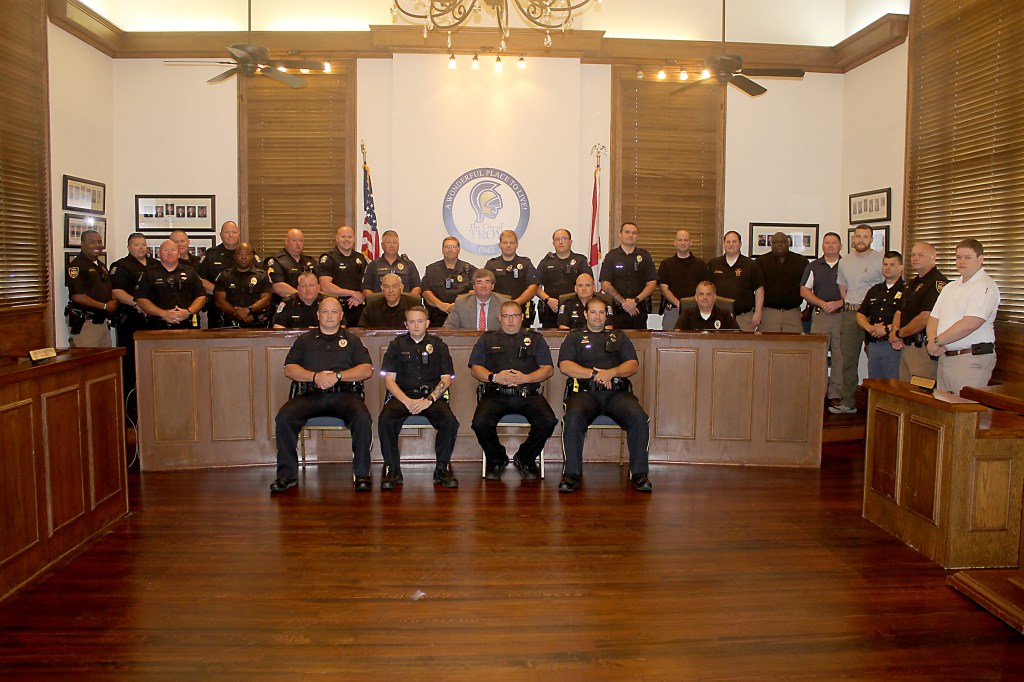 The City of Troy will honor current officers and remember the city’s fallen officers during National Police Week.

“I cannot tell you how much I appreciate what you do,” Reeves said. “This is a tough job and always has been. But it’s harder now than ever. I just want you to know that I’m here for you and will work hard to make sure you have the tools you need to do your job and work hard to make sure your pay reflects the hard times you work in. You stand in the gap between us and chaos, and I thank God for you.”

Troy Police Chief Randall Barr said it’s important to remember the officers who have given their lives in the line of duty.

“The Police Memorial is front and center in our parking lot,” Barr said. “It’s the first thing officers see when they come to work and it’s the last thing they see before they go home. It’s stark reminder that none of us are guaranteed tomorrow.

“Officers run toward danger, not away from it. It takes a special person to do this job day-in and day-out for a long period of time.”

The city’s Police Memorial Day Ceremony will be held Wednesday at 10 a.m. at the Troy Police Department.

In Troy, five officers and two state officers have lost their lives in the line of duty.