Potter a highlight of Spring Plantin’ 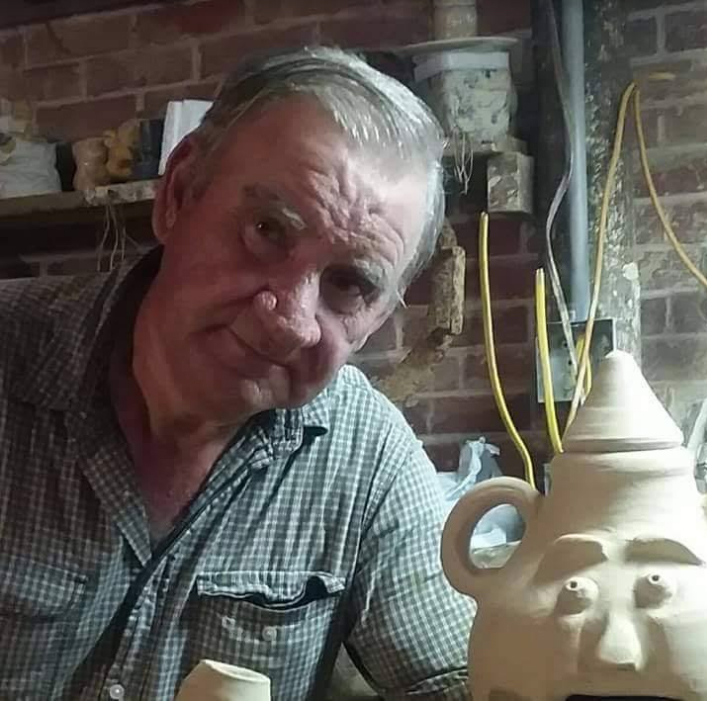 Contributed Photo Eric Miller is a descendant of French potter Francis LaCoste who made potter in the Mobile Bay area more than 180 years ago. His family operates Miller’s Pottery and will be a part of the Pioneer Museum of Alabama’s Spring Plantin’ this weekend.

Miller’s Pottery, one of the few remaining traditional potteries in the United States, will be featured at Spring Plantin’ at the Pioneer Museum of Alabama on Friday and Saturday.

Barbara Tatom, museum director, said she is excited and honored to have Miller’s Pottery participating in the museum’s annual spring event.

Miller’s Pottery attracts folk art collectors from across the country as well as its long-standing market of local residents and regional hardware stores.

“Miller’s Pottery is located at Brent in Bibby County and prides itself in its six generations of master craftsmen,” Tatom said.

Eric Miller, Steve Miller and Allen Ham are direct descendants of French potter Francis LaCoste who made pottery on the shores of Mobile Bay 180 years ago.

Eric Miller is also of Native American descent so he, laughingly, said his pottery heritage possibly goes back even longer.

“Our pottery is made from clay dug from the same spot in Perry County for more than 150 years and it’s prepared at our workshop using antique equipment,” Miller said. “Back in the days of the colonies, people had to make everything. My family made pots and we’re still making pots today. Miller’s Pottery is featured in eight books, on documentaries and in the Smithsonian. We were in Washington, D.C., in 1996 to ‘turn’ for the Fourth of July. And, we saw them send up $10 million worth of fireworks.”

Tatom said Miller’s Pottery has been handmade in Alabama since 1865 and Spring Plantin’ is an opportunity for people in the Pike County area to purchase the pottery from those who hands have made it.

“The Millers are known for their glazed stoneware, utilitarian items and works of art,” Tatom said. “Spring Plantin’ is a unique opportunity to see the Millers at work and we are fortunate to have them at the Pioneer Museum of Alabama.”

Admission is $10 for adults, $8 for seniors ages 60 and over and military and $6 for students. Children ages 5 and under and museum members are admitted free.

Memberships to the Pioneer Museum of Alabama are available, $25 for individuals and $60 for extended families. Memberships are active for one year from the date of acceptance. Those purchased Saturday or before include Spring Plantin’, Thunder on the Three Notch reenactment, Pioneer Days and Ole Time Christmas and other museum sponsored events.