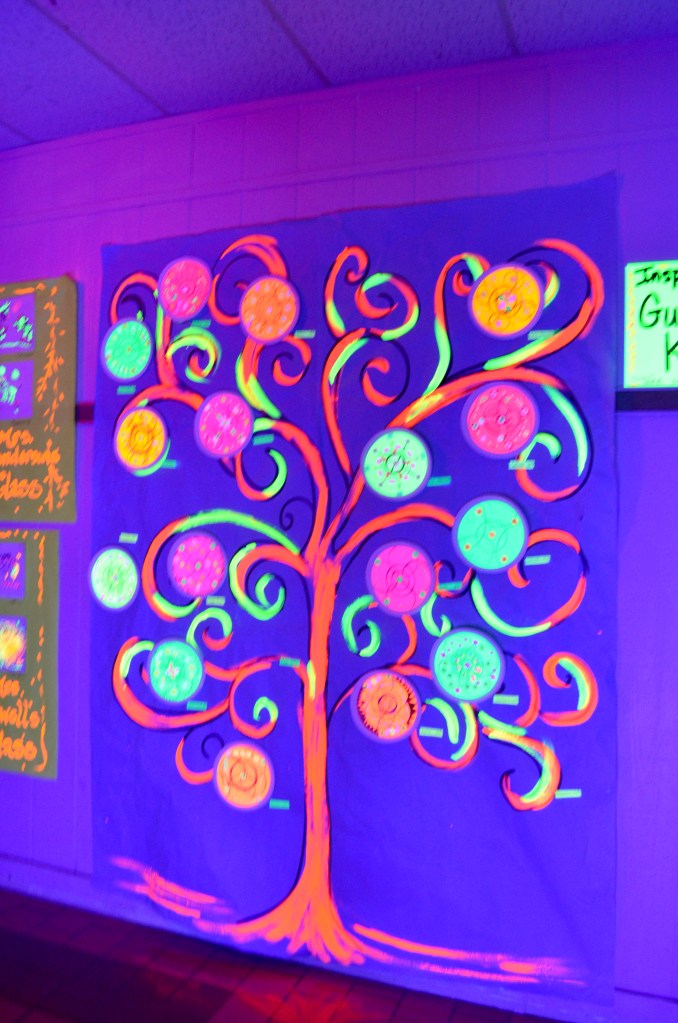 Jennifer Lindsey, TES art teacher, said because the school year 2020-2021 has been a most unusual year, the art teachers decided on a rather unusual theme for the citywide art show.

“This year, the Troy City Schools are hosting a ‘Glow Gallery,” Lindsey said. “All the artwork, from K to 12 had to be glow-in-the-dark art. All of the lighting in the ‘galleries’ was black light giving the artwork a glowing appearance.”

Lindsey said the students were challenged to create art that would glow. So, not only did the students have to decide on subjects for their entries and mediums for their artwork but also materials to make the artwork glow in the dark.

And, they did so with “glowing” results, Lindsey said.

An entire building at CHHS was dedicated to the Troy City School Art Show. More than 300 entries turned the building into menagerie of glowing shapes and colors that were dimmed only by the smiles of the artists who had created a most unusual art show.