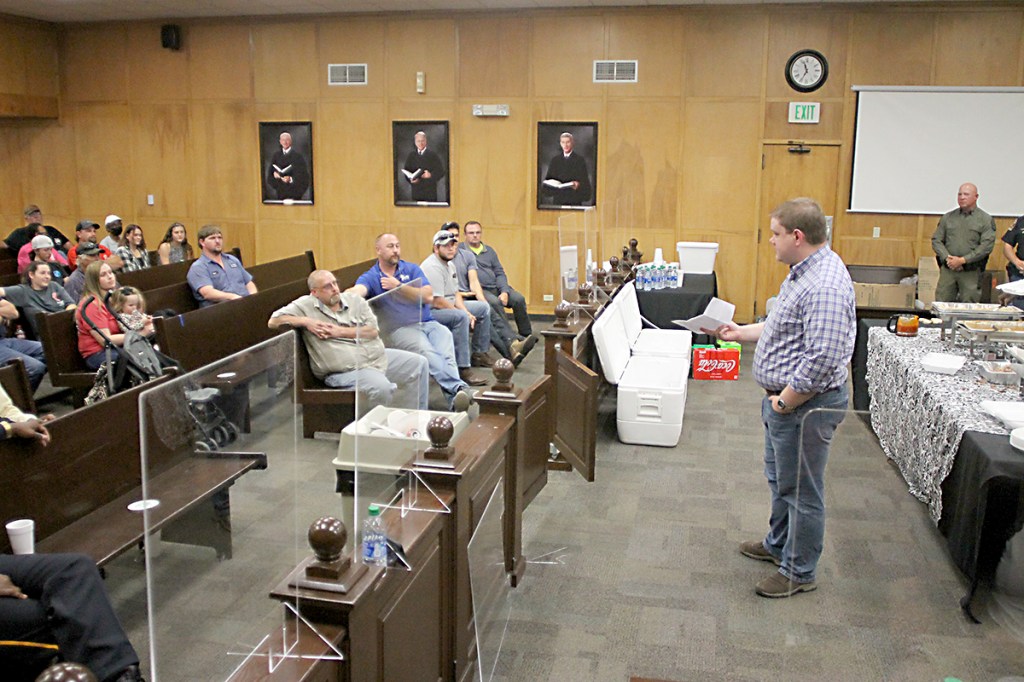 “I wanted to let them know how much we appreciate them,” Thomas said. “They help us in so many ways, whether it’s a grass fire or a structure fire or traffic accidents or traffic control. Whatever we need them to do, they do.

“You can’t put a price on how valuable they are. They do it out of the goodness of their hear because they want to help.”

Thomas said a big way the volunteers help is through the county’s Search and Rescue team. Thomas said he formed the team years ago when Roy Moore was Chief Justice of the Supreme Court. At the time, he said Moore swore in the first search and rescue team.

Each year, he said he passes out the membership cards to the team at the annual dinner.

“We have 127 volunteer firefighters that help us,” Thomas said. “We’ll have 80 to 100 show up to help on search and rescue. They’ll bring ATV’s and other equipment. The more people you have, the faster you can search and you can search larger areas faster.”

Thomas said the on two of the occasions the search and rescue team has been activated, they were able to find missing persons quickly. He said a senior with dementia was reported missing in Banks and the search and rescue team was able to locate the person within 56 hours. He said, in that case, the person was found more than eight miles away. In a similar incident in Tennille, he said the missing person was found within six to eight hours.