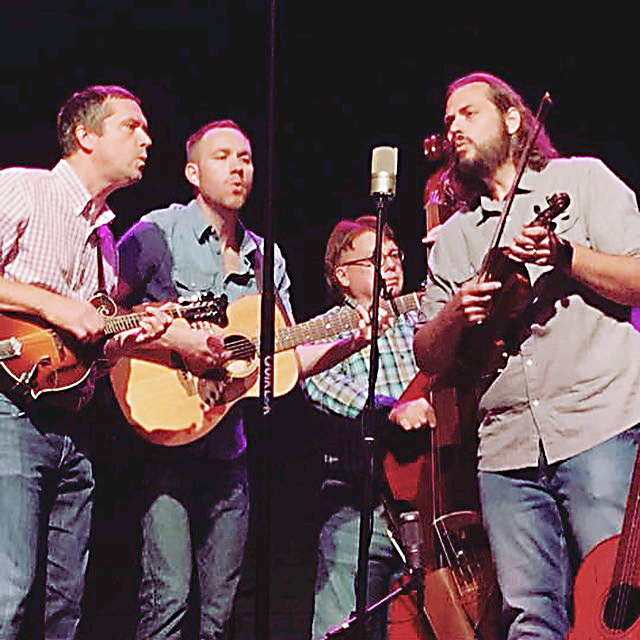 Contributed Photo The Goat Hill String Band will perform at the Johnson Center for the Arts Saturday night during TroyFest. Admission is free.

The Johnson Center for the Arts will present the Goat Hill String Band in concert from 5:30 until 7:30 p.m. Saturday on the TroyFest entertainment stage across from Byrd Drugs. Everyone who enjoys old-time string music with a twist will not want to miss this concert, said Brenda Campbell, JCA director. Admission is free.

The Montgomery-based band takes its name from the hilltop on which the Alabama State Capitol proudly stands. And the music the Goat Hill String Band plays is deeply rooted in traditional bluegrass music.

“We play old-time bluegrass but we also play popular songs with folk instrumentation,” Reed said. “We’ll play a mix of classic pop and rock, from the ‘60s through 2010 with acoustic string instruments. It’s a different kind of bluegrass.”

“We’ve been playing together for about 12 years,” Reed said. “It started as friends playing music together. The founder of our band has passed away but we stuck together, kept playing and we have never turned back.”

When the band of friends started playing together, they all lived in Montgomery. Since that time, two of them have moved to Birmingham. But, string music binds them together.

“We’re friends who enjoy playing music together,” Reed said. “That has not changed.”

But what has changed is that the Goat Hill String Band’s popularity now extends far beyond Goat Hill.

“We play all over the state and on up to Nashville,” Reed said. “We are playing a lot of wedding receptions. Bluegrass might seem strange for wedding music but it’s a happy, fun kind of music and it’s really a good fit for a wedding.”

“We’re looking forward to being on stage during the Troyfest weekend,” Reed said. “And, we’ll be playing rain or shine so we invite everyone to come out and have a good time with the Goat Hill String Band.”

Campbell said, in the event of inclement weather, arrangements have been made to take the concert inside.

“Hopefully, the rain will stay away,” Campbell said. “But, if not, the concert will be moved inside the Johnson Center. WTBF will carry a live remote of the concert on 94.7 and there will also be a live streaming of the concert on the WTBF website. We are excited to have the Goat Hill String Band in concert and invite everyone to come out and enjoy the fun that comes with great string music.”