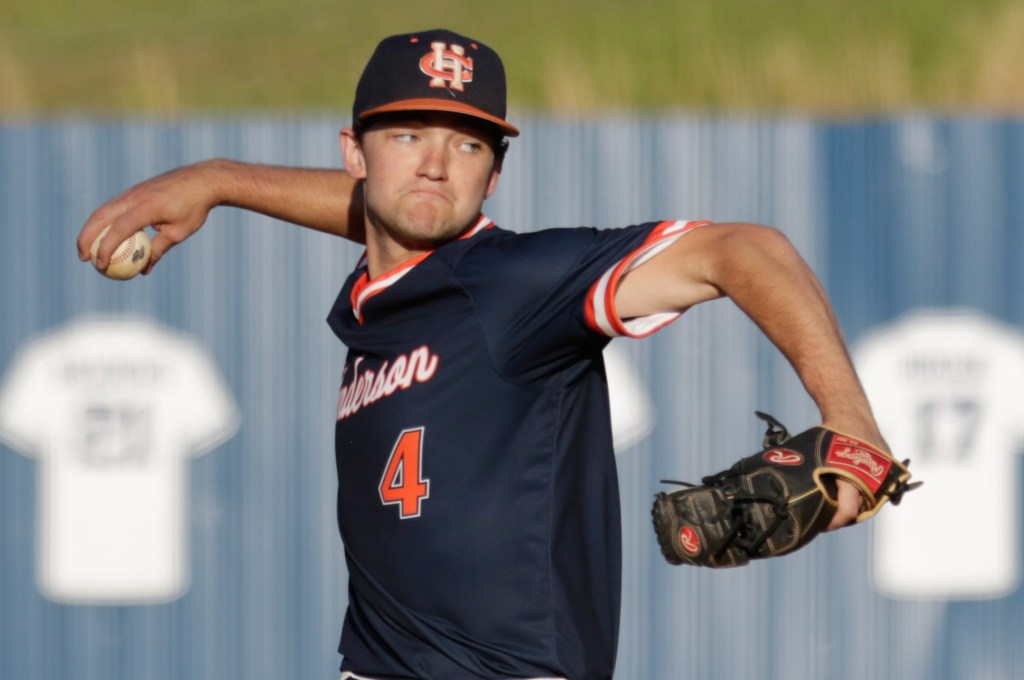 Charles Henderson High hosted G.W. Long Monday for Senior Night, the last game of the regular season for the Trojans, but it was the visiting Rebels that came away with the win, outscoring CHHS 10-4.

With the regular season over for CHHS, they now turn their attention to Friday’s first round of the AHSAA state playoffs, when they visit UMS Wright Prep, in a best two-of-three series to be played in Mobile.

Brady Barron led off the inning with a single to left, J.B. Sanders doubled, Darryl Lee singled, and Bailey Sparrow doubled to make the score 4-2.

The Rebels responded with four runs in the top of the fourth inning for an 8-2 lead.

CHHS got two more runs back in the bottom of the fifth inning when Sanders reached on an infield error, and Ben Reeves hit a two-run homer to left field to make the score 8-4.

G.W. Long added two more runs in the top of the sixth inning for the 10-4 lead, which held up to be the final score.

The Trojans pitched by committee against G.W. Long, sending five men to the hill in an effort to conserve pitching for the upcoming playoff round this weekend. Cam Foley, Lee, Dalton Stephens, Reeves and Tyler Martin each got work on the mound Monday.

Sanders, Lee, Sparrow, Reeves, Martin and Barron each had one hit at the plate for the Trojans.

Carson Dunlap and Jackson Dasinger each had three hits apiece to pace the Rebels, while Brody Walker had two.

CHHS will visit UMS Wright Prep of Mobile for the first round of the Class 5A state playoffs Friday.