Troy Trustee Lamar P. Higgins dies at the age of 61 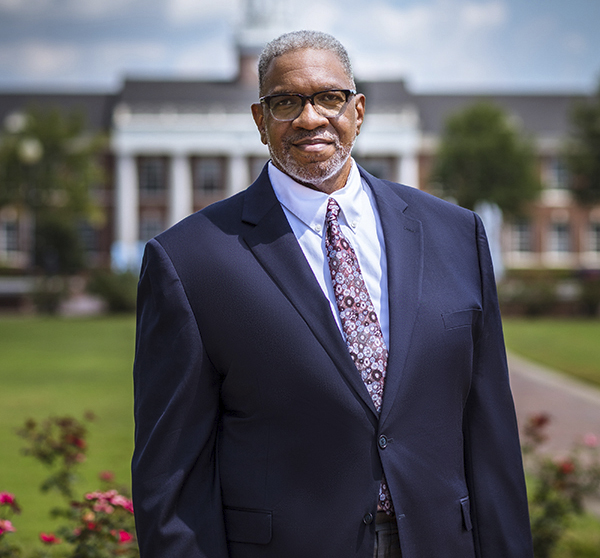 Troy University is mourning the loss of an alumnus who made history during his time as a student and provided a lifetime of dedicated leadership and support to his alma mater. Lamar P. Higgins, Vice President Pro Tempore of the University’s Board of Trustees and a 1981 Troy graduate, passed away on Thursday after an extended illness.

Higgins, 61, was first appointed to the University’s Board of Trustees in 1996, making him the board’s first African American member. During his tenure on the board, Higgins was instrumental in the planning and construction of the Rosa Parks Library and Museum on the University’s Montgomery Campus. A state-of-the-art conference room within the museum bears his name. He also helped lead the effort to establish Rosa Parks Day in Alabama, and helped create legislation to erect statues of Mrs. Parks and Helen Keller on the State Capitol Grounds.

Higgins will also be remembered for establishing the Leadership Conference Celebrating African American History Month, a partnership between the University and the city of Troy, which this year was renamed in memory of the late Congressman John R. Lewis. In addition, Higgins was responsible for initiating the University’s Unity Prayer Breakfast in 2020. During the second annual event, held in March, the newly renovated ballroom in the Trojan Center on the Troy Campus was named as the Lamar P. Higgins Ballroom.

During his time as a student at Troy, Higgins became the first African-American to be elected as Student Government Association vice president and president. He held the distinction of being the first person to be elected to second term as SGA President, the second time without opposition. He also was a member of Alpha Phi Alpha Fraternity, Inc.

“If there was anyone who lived a life that was the embodiment of the Golden Rule, I think that was Mr. Lamar P. Higgins,” said Dr. Jack Hawkins, Jr., Chancellor. “He was a true servant leader who was instrumental in so many important initiatives at TROY, including the Rosa Parks Library and Museum, the African American Leadership Conference and our Unity Prayer Breakfast. Troy University is a better place today because of Mr. Higgins, and his leadership and friendship will be greatly missed. He was our brother and was loved by all.”

C. Gibson Vance, President Pro Tempore of the Troy Board of Trustees, credited Higgins for helping to create a culture of diversity and inclusion at Troy.

“Lamar was a tremendous influence on me and someone I admired greatly,” Reeves said. “As an SGA president and trustee, his impact on Troy University has and will continue to be immeasurable. But, even more than that, his example as a Christian to all people will be his greatest legacy. Our community, university and this state will miss him greatly and I mourn and will miss my friend.”

Shelia Jackson was a longtime friend of Higgins.

“My sincere condolences goes out to Mr. Higgins; family during this period of bereavement,” Jackson said. “Lamar was a true leader, visionary and extremely caring person and a true friend to me. He always spoke his mind and his favorite saying, ‘Always treat people with respect,’ was the keystone of how he lived his life. He will be missed, but his accomplishments and his legacy will live forever. Rest in peace.”

Higgins was a lifetime member of the Troy University Alumni Association and, in 2019, was selected as an Alumnus of the Year.

Active in the community and the African Methodist Episcopal Church, Higgins was a member of Saint Paul AME Church in Montgomery, which was Mrs. Rosa Parks’ home church. Providing leadership within the AME Church, he served as a delegate to the General Conference and the Lay Biennial, and was a member of the Episcopal Committee, the General Board and the General Conference Commission. In his local church, he served as a Steward and Exhorter.