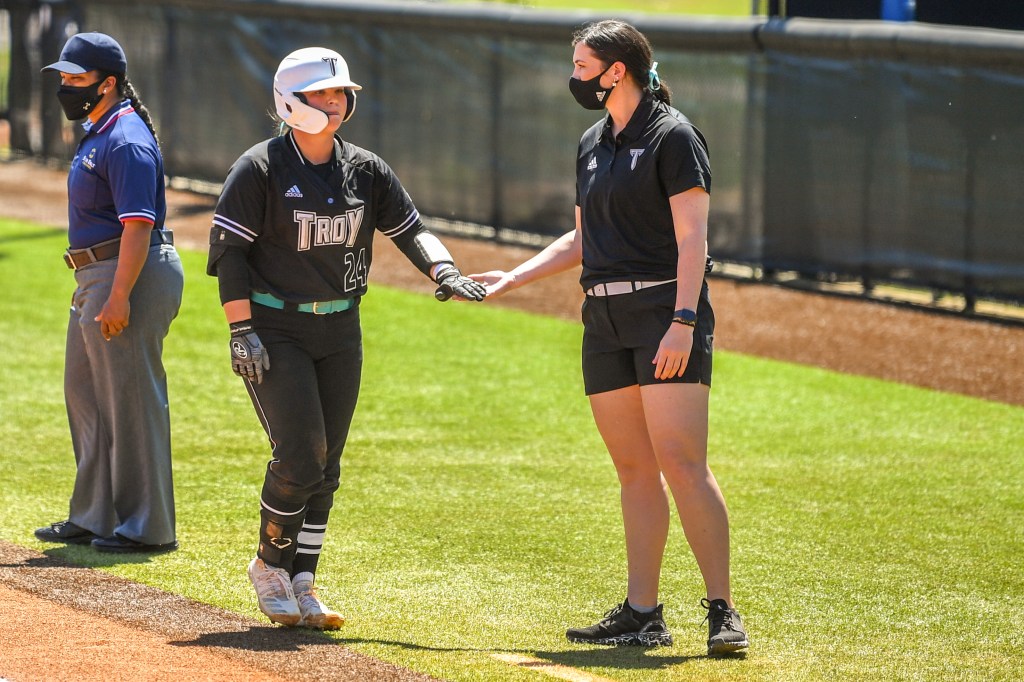 Troy struggled to hinder the hot-hitting Cajuns falling in the series finale, 10-2, Monday at the Troy Softball Complex.

“I think it was a tough series,” head coach Beth Mullins said. “Anytime you get swept, you aren’t going to be happy. Louisiana has a really good program with a storied history, and we also have a really good program. I thought those first two games were really gritty ballgames between two really good teams. They just came out today and put some early runs on the board, and we couldn’t fight back enough. They have a great offense, and we’ve got a great pitching staff. I don’t think we played our best this weekend, but that doesn’t mean we are going to start trying to do anything different. I think for the midweek and series this weekend we just have to keep pitching well, playing great defense and having timely hitting. We have shown up every day. Sometimes it goes your way, sometimes it doesn’t. “

Louisiana (32-6, 14-1 Sun Belt) strung together a pair of doubles and two singles to plate four runs in the opening frame of the contest.

After entering in relief of Libby Baker (4-3) in the first, Kynsley Rae Blasingame blanked the Ragin’ Cajuns in two consecutive outings to send the game into the bottom of the third.

The Trojans (26-9, 10-3 Sun Belt) then cut their deficit in half when Jade Sinness launched a two-run long ball to put the Trojans on the board.

A leadoff double by Louisiana’s Karly Heath set up Bailey Curry for a sacrifice fly to give the Ragin’ Cajuns a three-run advantage.

After a quiet fifth frame for both sides, a five-run sixth inning sealed the victory for Louisiana.