Donny Richards has stories about the Call of the turkey 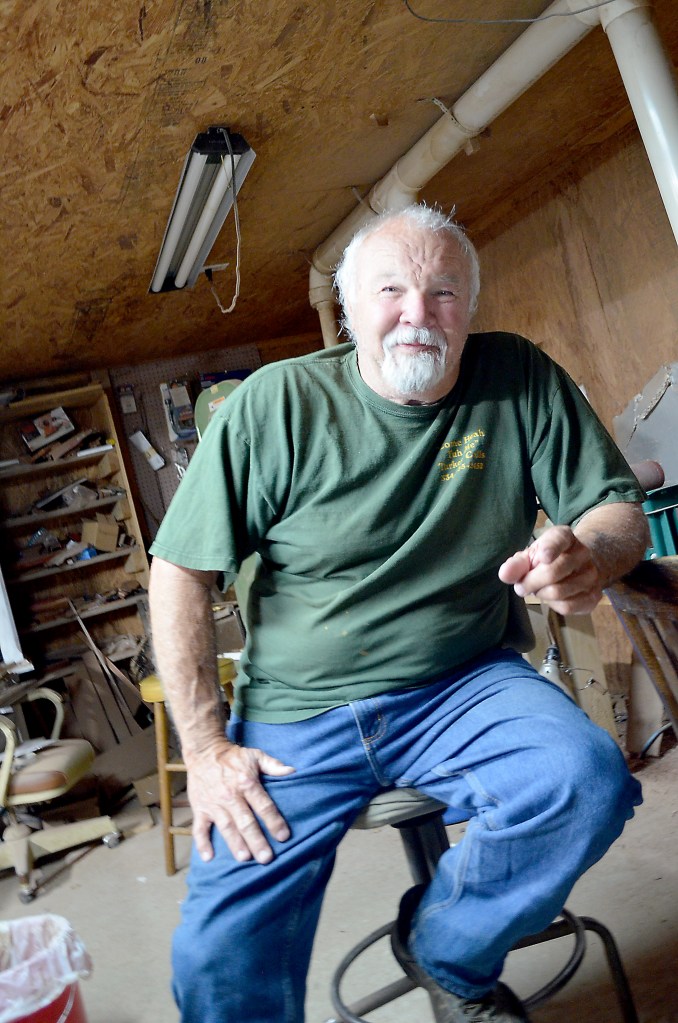 The sun was making its daily appearance just over the towering oaks on Gobbler Lake Road in rural Pike County.

“Baby chicks from Tractor Supply,” Richards said as he turned on the lights without any more explanation about the caged chicks. “Yep, this one is new and the best turkey call you’ll ever get. I call it ‘Ol’ Lusty’ and there’s a story behind it.”

Richards is a throwback to the times when storytelling was about the only entertainment folks had. He loves to tell stories and he’s good at it.

“Bob Jernigan and his son, Clay, turkey hunted together,” Richards said. “When Bob heard a turkey gobble, he would say, ‘sounds like ol’ lusty.’ After Bob died, Clay asked me to put ol’ lusty on one of my calls. So, I named my new call, Ol ‘Lusty in memory of Bob and honoring his love of the hunt.” 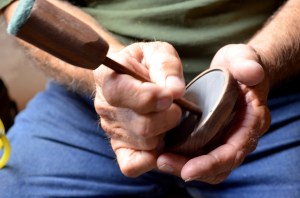 es pride in his latest turkey call that has a sound chamber that is “pure turkey.”

But, then, Richards stands behind all his calls, from the first calls he made from a cedar tree that was growing out of his great-great-great-granddaddy’s chest.

Nobody knows how long that cedar tree had been growing in his ancestor’s grave but a limb that remains is a good eight inches across.

That huge cedar tree provided the wood and the inspiration for Richards’ “Come Heah Tuh Me” turkey call business that has turkey hunters beating paths to his door.

And, throughout the years, Richards stands by his original box call that has an 18-inch beard to its credit. And he is just as confident in his pot calls.

Turkey calling is an art and Donny Richards is an artist. He can play the music that will bring a boss gobbler on the run.

“Some hunters call too loud,” he said, adding with a smile, “What’s wrong with sweet talking?”

When turkey season is in, the gobblers and hens have been away from each other for months.

“You want to get them together,” Richards said.

So, knowing how to play a call is paramount in any hunter’s success.

“If you don’t know how to play a turkey call, then you might as well go to Walmart and get a plastic one,” Richards said. “A successful turkey hunter will learn to play a call, just like an artist who has never painted a picture has to learn.” 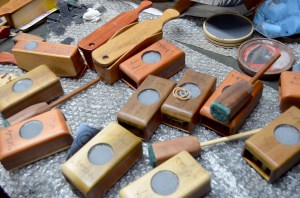 Richards has learned well. Whether he is orchestrating a turkey hunt or teaching others how to play the call.

Some of his wood box calls are basic while others have added slate for better orchestration.  Many of his pan calls include slate and window glass, but Richards stands behind them all.

However, Richards does have concerns that the turkey population is way down because of predators, including raccoons, possums and hawks and scavengers that eat the turkey eggs.

“A hen may lay 15 eggs but, perhaps, only 1.5 will survive,” Richards said. “You can’t have .5 so, only one egg might survive. When eggs are lost, that’s a whole year of reproduction. That’s why turkey hunters are concerned about the decreasing turkey population.”

However, Richards said turkey hunters are responsible hunters and advocates for the sport so the sound of the turkey call remains music to his ears.