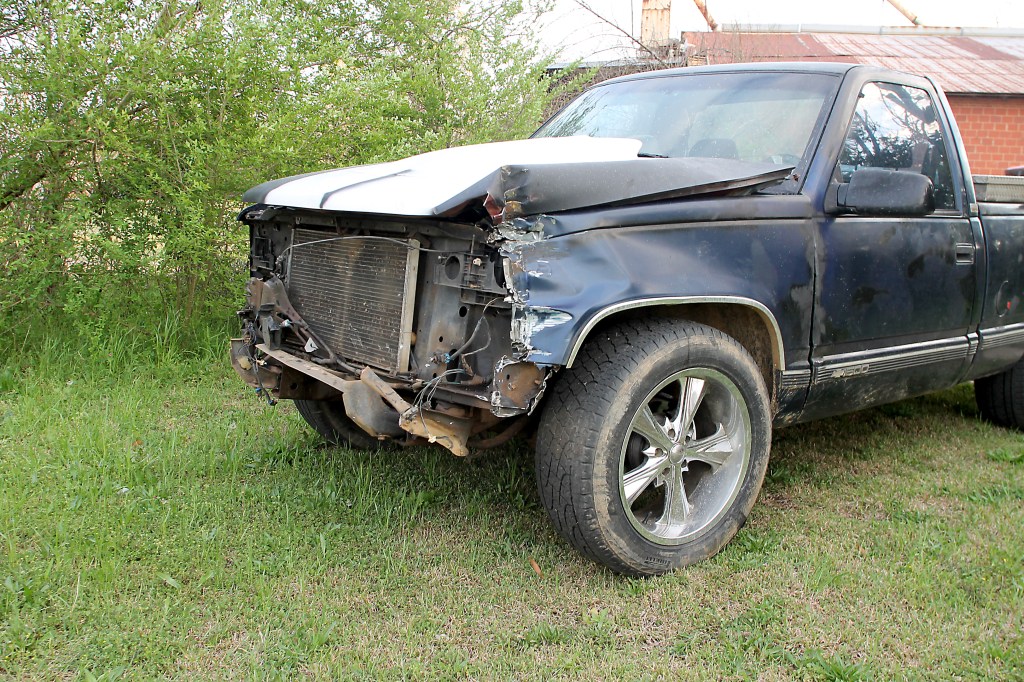 Huck Treadwell The Messenger A Chevy 1500 sustained front-end damage during a collision with a train in Brundidge. The driver sustained minor injuries. Brundidge police are investigating the accident.

A Troy man walked away with minor injuries after colliding with a train in Brundidge on Sunday afternoon.

According to Brundidge Police Chief Marquez James, Kevin Perkins, of Troy, was traveling west on Johns Street and his vehicle was struck by the train. Marquez said it appears that Perkins attempted to beat the train across the track, but didn’t make it.

The accident occurred around 5:50 p.m. on Sunday. Witnesses said the train resumed operation around 6:20 p.m. During the stoppage, the train blocked most railroad crossings in Brundidge, including the crossing on Alabama Highway 10 between Brundidge and Clio.

The accident is under investigation by the Brundidge Police Department.