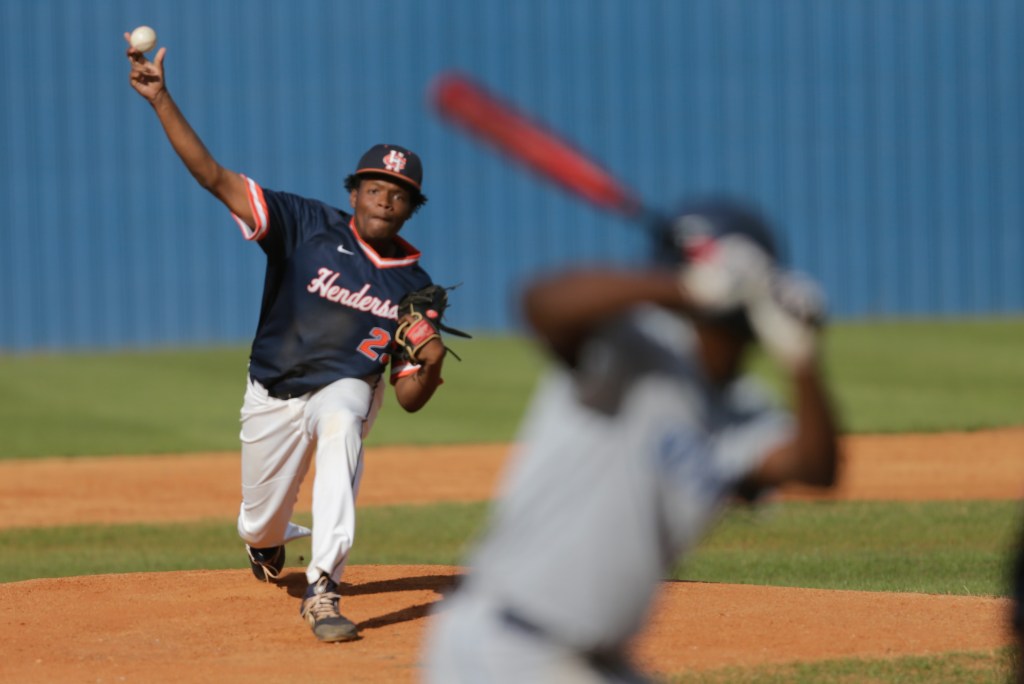 Charles Henderson High clashed with Enterprise High Monday in Troy, with the Trojans taking the first game 5-4, before the Wildcats claimed the nightcap by a score of 6-1.

CHHS got solid pitching from Adrian Cardwell and Dalton Stephens in the first game, and a big day at the plate by Ben Reeves, Cardwell and Damian Hart.

The Wildcats took a quick 2-0 lead in the top of the first inning when Parker Sessions and Jack Williams singled, with both scoring.

J.B. Sanders led off the bottom of the first in a three-run inning for the Trojans with a single, Bailey Sparrow and Darryl Lee walked, with Reeves and Cardwell hitting singles. Will Templin hit a grounder to second for the second out, but drove in Reeves for the 3-2 lead.

Cardwell settled down to keep the Wildcats off the scoreboard in the second, third and fourth innings, while the Trojans picked up two more runs in the bottom of the third inning to go up 5-2.

Sparrow singled to lead off the bottom of the third, Lee doubled, and both scored on a ground-out by Reeves and a sacrifice fly by Cardwell for the 5-2 CHHS lead.

Enterprise scored two more runs in the top of the fifth inning when Owen Burrow and Noah Loy walked, and both scored when Williams walked with the bases loaded and Triston Bartling hit a sacrifice fly to cut the lead to 5-4.

Williams got the start for Enterprise in the second game and Brady Huner was on the mound for the Trojans, with both pitchers allowing no runs through four complete innings.

Enterprise got on the board in the top of the fifth with two runs when Andrew Shiver walked, Trey Cavanaugh reached on an infield error and both scored for the 2-0 lead.

The Wildcats added three more in the top of the sixth as Payton Easterling, Shiver and Will Powell all reached and scored for the 5-0 advantage.

Sanders singled and scored on a double by Reeves in the sixth inning to cut the lead to 5-1, and Enterprise added a final run in the top of the seventh when Noah Loy was hit by a pitch and scored on a single by Williams for the 6-1 lead, which held up to be the final.

Williams earned the win on the mound for Enterprise, allowing one earned run on five hits over six inning while striking out eight.

Huner pitched six innings for CHHS, striking out four, while Reeves pitched the seventh inning and struck out one.

Reeves had two hits in the second game, while Sanders, Cardwell and Templin had one hit each.

CJ WIlkerson and Williams had two hits apiece for Enterprise, as Sessions and Cavanaugh had one hit each.