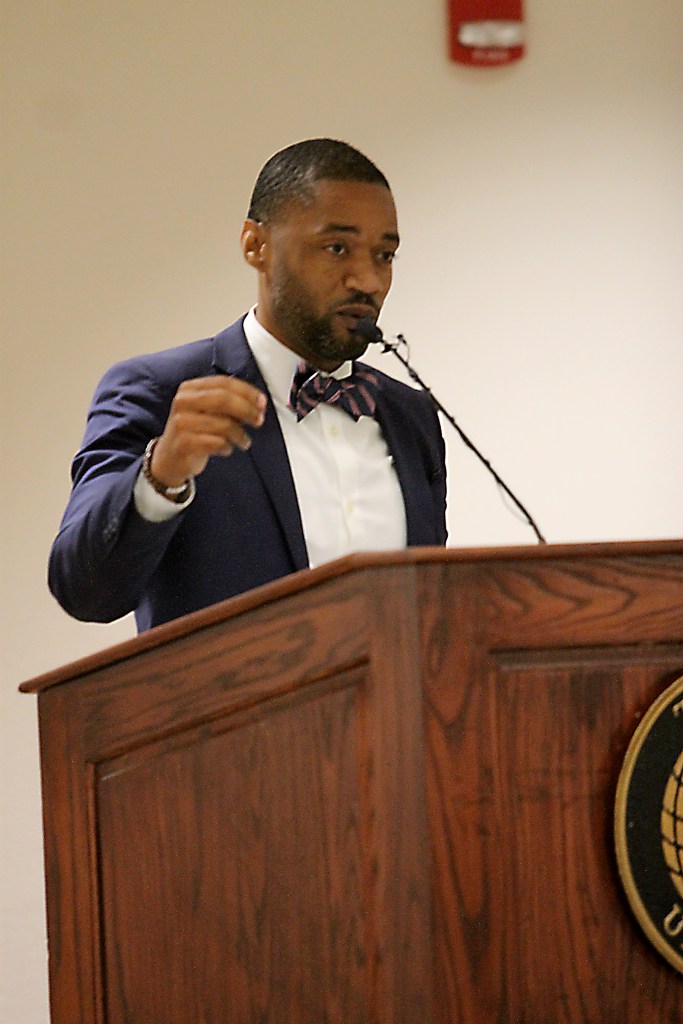 Brock, a graduate of Sidney Lanier High School and Alabama State University, served as a teacher and administrator in Autauga County for 13 years before returning home and founding Valiant Cross Academy.

Valiant Cross’ mission is to provide educational experiences and opportunities for students and its vision is to increase the literacy rate, attendance rate and graduation rate for students.

Brock spoke to the crowd at the Unity Breakfast about judgment, unity and doing more.

“Judgment,” Brock said. “All of us are guilty of it. You see a young African American man with his pants hanging down and you judge without knowing his story. You see a white man at a gas station and you judge him because of a bumper sticker, but you don’t know what’s in his heart. It goes both ways. We are all guilty of judgment.”

Brock went on to tell a story of an accident. He said all types of people responded, black, white, Democrat, Republican. What he said they all had in common was the concern for the person in the accident.

“Love is the equalizer,” he said. “We have more in common than we have differences.”

Brock also said what everyone could do to promote unity of to educate themselves. He said reading is a great way for a person to learn about different views, perspectives and life-styles. Be said by learning about other people, it is easier to accept them and promote unity.

Lastly, Brock urged people to consider what they can do to embrace unity. He said it can be a simple as “blessing where you’re feet are.” He said, where ever you are, it doesn’t take much effort to say a few kind words to a stranger or just say hello and ask how they are doing.