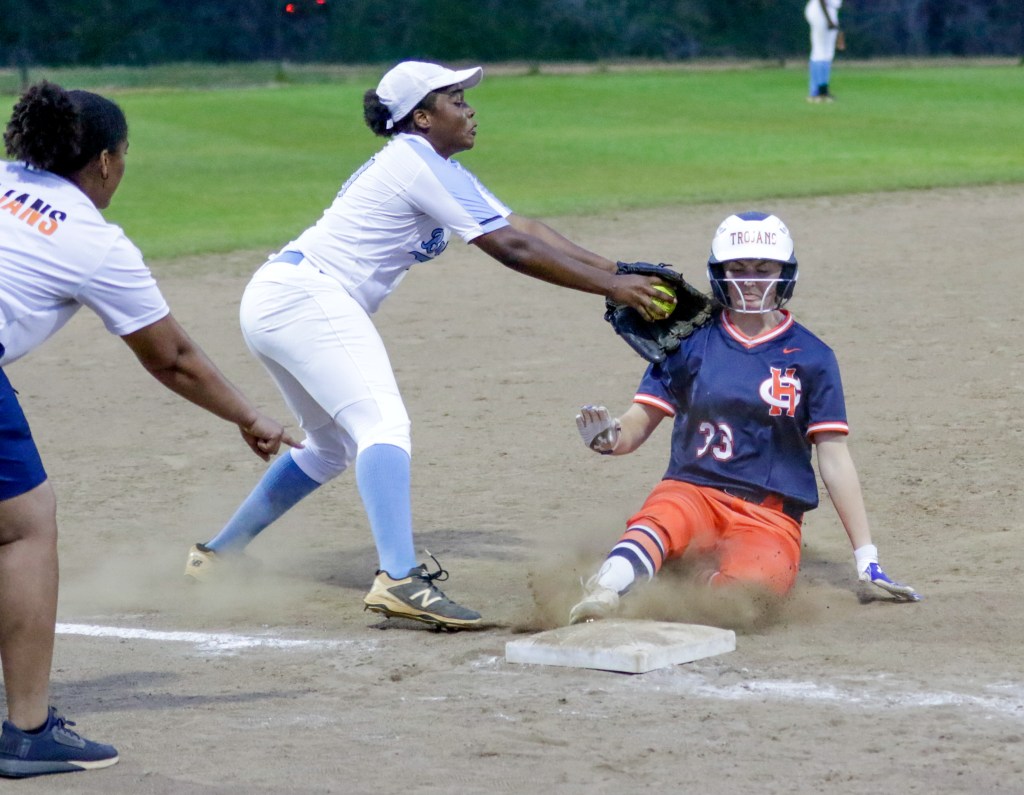 Charles Henderson fought to the end but the Lady Rams of Brewbaker Tech brought their bats to Troy as they outlasted the Lady Trojans 15-9 Monday night.

Brew Tech took an early 2-0 lead, but CHHS bounced back to go up 3-2 in the bottom of the first when Heather Maxwell walked, Dakota Berry and Stella Gilbreath reached on infield errors, and Hannah Sparrow singled for the 3-2 CHHS advantage after one inning.

The Lady Rams batted around in the top of the second to score seven, and build a 9-2 lead.

CHHS answered with two more in the bottom of the second as McKenzie Cain doubled, Madison Stewart singled and both scored when a hard hit ball by Berry could not be handled in left field by the Lady Rams for another error, making the score 9-5.

Brew Tech put one more run on the board in the top of the fifth to go up 10-5, but CHHS got that one back and another to cut the lead to 10-7 as Gracie Sneed singled, Maxwell followed with a single, Cain reached on a fielder’s choice and Stewart doubled.

The Lady Rams put the game away with five runs in the top of the sixth to go up 15-7, then CHHS answered in the bottom of the seventh inning with two more runs when Berry tripled and scored on a single by Sparrow. Ashlyn Shaver reached on a fielder’s choice and she scored on a triple by Molly Garrett for what would be the 15-9 final.

Brew Tech was paced at the plate by Hannah Hunter, Taniyah Brown and Gabrielle York, each with a home run, while Brown had three hits and Hunter had two hits plus four RBI.

The Lady Trojan junior varsity and varsity teams are both in action Tuesday night when Greenville High comes to Troy.