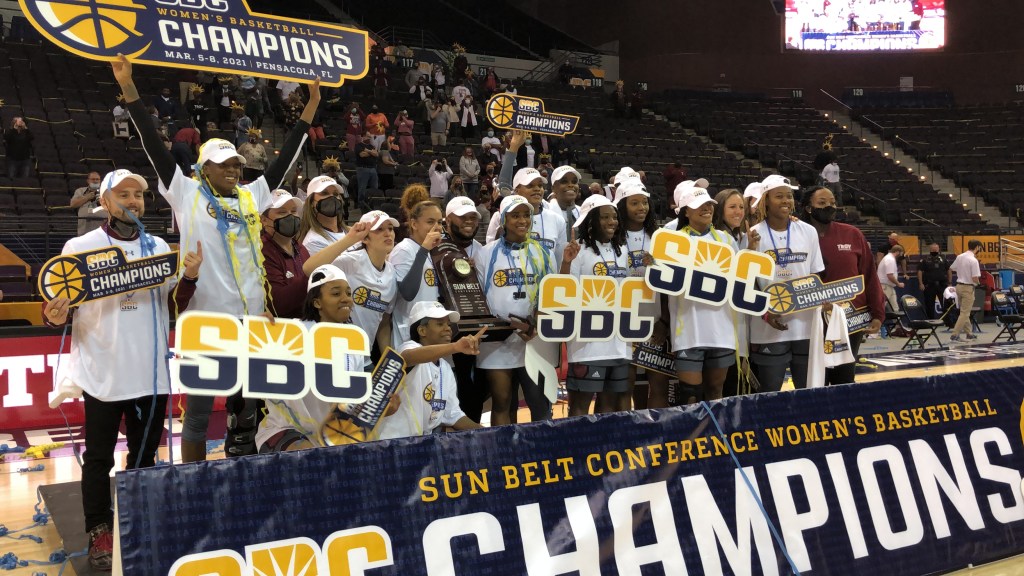 The Troy women’s basketball team won its third Sun Belt Conference Tournament title in its last five opportunities earlier this week and will be advancing to the NCAA Tournament for the third time since 2016. Fans can join the team in finding out its opponent for the opening round of the NCAA Tournament at a Selection Show Watch Party Monday evening in Trojan Arena.

In order to protect the bubble around the team, fans must remain in the stands of Trojan Arena while the women’s basketball team will be isolated on the arena floor.

Doors open at 5 p.m. with the event beginning at 5:45 p.m. Fans can help cheer on the team with full player introductions when they take to the court. Troy Athletics will provide free food and beverages to fans in attendance in the main rotunda area of Trojan Arena.

In addition to celebrating with the team on their berth in the NCAA Tournament, fans will have an opportunity to take a picture with the Sun Belt Conference championship trophy and enjoy entertainment from the Troy Cheerleaders and Sound of the South Pep Band.

The first round of the NCAA Tournament is slated for March 21-22 at various sites in Texas – San Antonio, San Marcos and Austin.