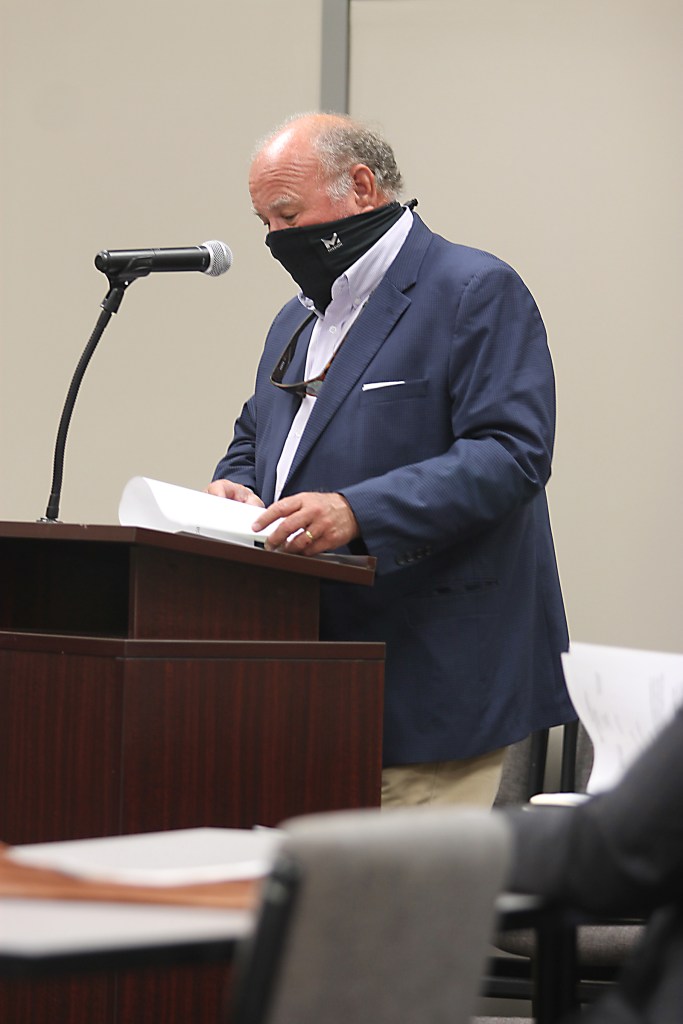 Huck Treadwell | The Messenger Ken Upchurch, from TCU Consulting Services, goes over the details of the base bid for a judicial complex with the Pike County Commission.

The Pike County Commission voted to move ahead with plans to build a new judicial complex on the northwest side of Troy.

The commission approved a base bid of $38.8 million for the project, but also approved a value engineering savings cost of $2.2 million. Taking out the cost savings measure, the total bid came to $36,544,710.

“It’s taken so long to get to this point in the process, we’re just thrilled to see something happening,” Commission Chairman Robin Sullivan said.

Sullivan said talk of a new jail began when he was first elected in 2004. He said a serious discussion began in 2015, and Monday night’s vote was the result of years of work on the project.

The judicial complex will be located in the Dunbar Housing Project area near the intersection of Gibbs Street and North Three Notch Street. The jail portion of the building will be a will be a 175-bed facility. The complex also includes a judicial center, with courtrooms and office space for the county’s court system. Also included in the facility is an Emergency Management Agency office and 911 call center. The 911 call center is expected to consolidate all emergency dispatch in Pike County into one location

The value engineering cost reduction involved minor details in the complex, such as floor tiles and equipment. The savings were created by changing product manufacturers or selecting alternative materials.

Now that the commission has approved a base bid, TCU Consulting Services will notify its contractor, who will lock in material costs for the facility. Construction could begin on-site in six to eight weeks.