Will Legislature allow Alabamians to vote on gambling revenue for state?

In 1998 Gov. Don Siegelman ran for governor of Alabama on a platform of proposing that his administration would enact legislation creating a state lottery. It would be patterned after Georgia’s lottery, which gave the bulk of the proceeds to an educational fund. That was more than two decades ago.

Our neighboring state of Georgia has reaped billions of dollars from their lottery in the last three decades, which has allowed them to outdistance us by a country mile in educating their children. A good many of those Georgia students attend college in their state free under the Hope Scholarship Program funded with these lottery dollars. A substantial amount of these funds going to Georgia students come from Alabamians who buy Georgia Lottery tickets.

Siegelman proceeded to push this lottery program through the legislature and placed on the ballot for a referendum in 1999. It was poised to pass. However, in the waning days of the referendum campaign, the Mississippi Choctaw Indian Gambling Syndicate placed millions of dollars of misleading information and ads into the state to defeat the referendum to avoid competition. They narrowly defeated the Alabama referendum. The state has lost untold billions in revenues to our sister states of Georgia, Mississippi, Tennessee, and Florida in the last 20 years.

You can bet your bottom dollar that if a lottery referendum were put on the ballot now or in 2022, it would pass in a New York minute. Even the most conservative folks in our state would vote for it, if for only one reason – they are sick and tired of their money going to our neighboring states to fund their schools, roads, and prisons while we go wanting.

Last year, one of the legislature’s most respected and influential members, Steve Clouse, R-Ozark, offered a lottery bill. It might have passed, however, he acquiesced to Gov. Kay Ivey who wisely said let’s look at all the alternatives. She did the right thing to look at the big picture. A simple lottery is outdated. We missed the boat 20 years ago. Gambling has evolved technologically like the rest of the world. If there was big money for the state to garner 20 years ago, it has multiplied by more than 20 times in those years.

Therefore, the governor says, “Let’s look at the big picture and if we are going to do it, let’s do it right and get a really good bite of the apple.” She appointed one of the most stellar blue-ribbon panel of Alabamians ever assembled to study all aspects, parameters, and revenues available from gambling.

Gov. Ivey’s study group on gambling policy came back with their recommendations in December. Their study shows that Alabama could raise between $500 million and $700 million from a lottery, casinos, and sport betting if voters approved a constitutional amendment expanding gambling in the state. The group said that gambling will work in Alabama and their conclusion was that the advantages outweigh the disadvantages.

They found that 60 percent of Alabama’s adult population would likely participate in expanded gambling and about 3 percent would become compulsive gamblers which would cost the state. The study group found that a lottery would raise an estimated $200 to $300 million. In addition, casinos could raise $300 to $400 million. The new gambling revenue could raise as much as one-third of the General Fund budget. The expansion of legalized gambling could create 19,000 jobs in Alabama.

In conclusion, they were adamant that there should be a regulatory authority to regulate, administer, and enforce the laws. This regulatory commission should make sure laws and regulations are adhered to and should be flexible, protective of consumers and responsive to technology and be competitive in payouts unlike the current Indian casino monopoly in the state. This Creek Indian Gambling Syndicate has garnered a lot of political muscle in the state legislature and they will be the largest obstacle that will stand in the way of a constitutional amendment reaching the voters in Alabama.

Hopefully, the legislature will see fit to allow the people of Alabama the right to vote on whether or not they want to reap the rewards of gigantic gambling dollars.

Steve Flowers is Alabama’s leading political columnist.  His weekly column appears in over 60 Alabama newspapers.  He served 16 years in the state legislature.  Steve may be reached at steveflowers.us. 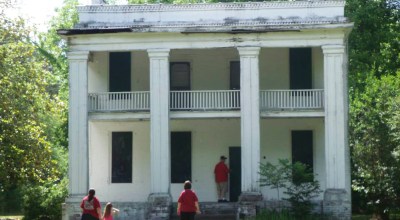