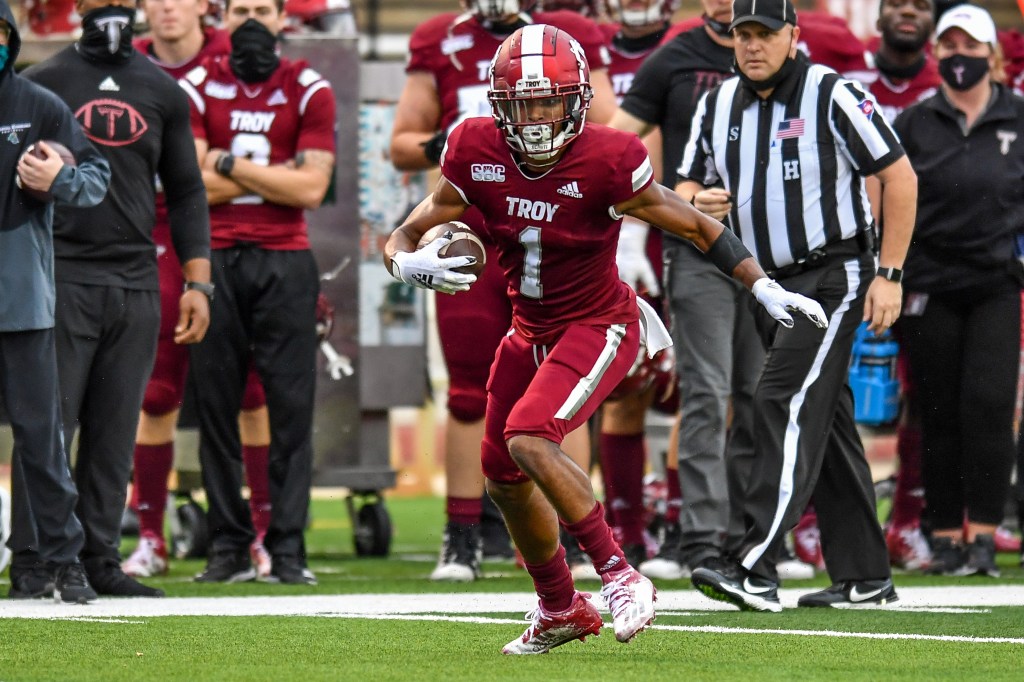 “It’s always an exciting day to see how your schedule will lay out for the upcoming season and today is no different,” Troy head coach Chip Lindsey said. “We’ve got some of our biggest games of the season at home this year and we look forward to seeing Trojan Nation back in The Vet. We’ll be tested early, especially with that long run of road games, before an opportunity to close out the season with a big stretch of home games.”

Troy hosts South Alabama on Nov. 6, which marks the first Saturday “Battle for the Belt” at The Vet since 2015; the Trojans have won three straight in the series against their in-state rival. Troy’s lone mid-week contest of the year sends the Trojans to Conway, S.C., on Thursday, Oct. 28, for a tilt against Coastal Carolina on an ESPN network.

Troy’s four non-conference games come within the first five weeks of the season around the Sun Belt opener at ULM. The Trojans open with back-to-back home games against Southern (Sept. 4) and Liberty (Sept. 11) before hitting the road for a stretch of five-of-six away from home.

Around the trip to Monroe (Sept. 25), Troy visits Southern Miss (Sept. 18) and South Carolina (Oct. 2) to wrap up the non-conference portion of the schedule.

Troy’s first home game in almost a month brings Georgia Southern to town on Oct. 9 before the Trojans head back out on the road to Texas State (Oct. 16) and the Thursday-night showdown at Coastal Carolina.

The Vet will be busy in November with Troy playing host to three Sun Belt games that figure to have major implications in the conference race. Following the “Battle for the Belt”, Troy hosts Louisiana (Nov. 13) and Appalachian State (Nov. 20) in consecutive weeks before closing out the regular season at Georgia State (Nov. 27).

The Sun Belt Championship Game will be played at the division champion with the best league record on Dec. 4.
2021 Troy Football Schedule