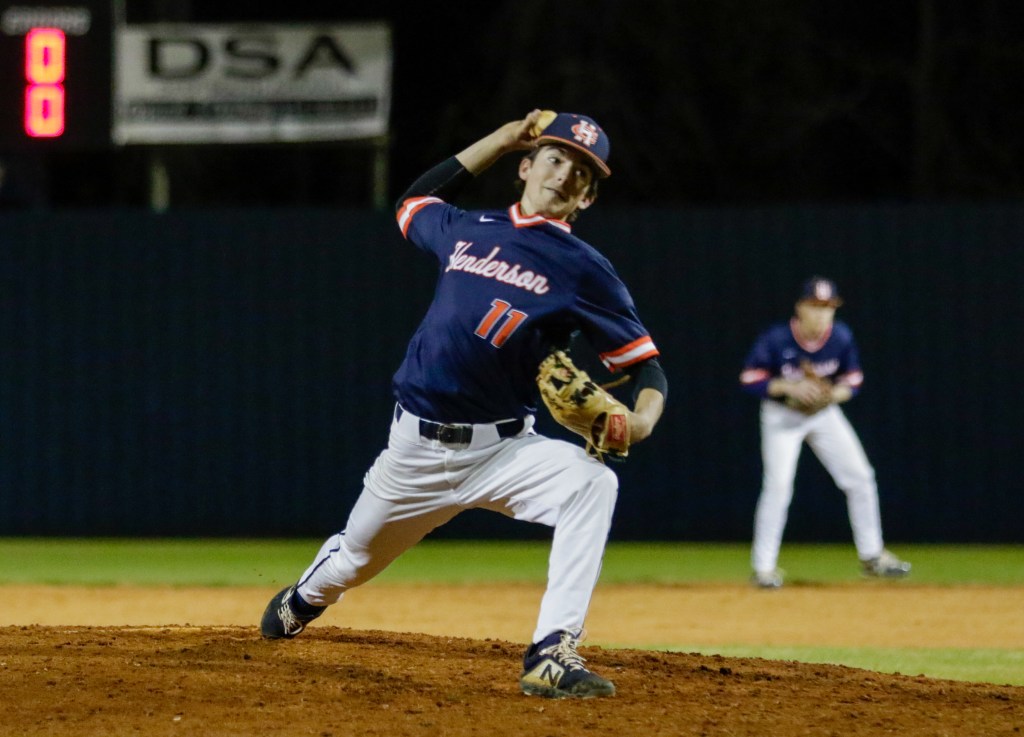 The Trojans of Charles Henderson High got solid pitching from a committee of four pitchers Monday night in a 4-3 win over J.R. Arnold High School of Panama City Monday night at Hogan’s Hole in Troy.

With CHHS slated to play four games over three days in the annual Terry Sikes Tournament this Thursday, Friday and Saturday, pitchers were given brief work against the Blue Marlins Monday night.

Dalton Stephens got the start for the Trojans, working one inning, and allowing one run on two hits.

Darryl Lee got that run back for CHHS in the bottom of the first inning when he launched a home run over the right field wall to knot the score at 1-1.

Brady Huner came on for the Trojans to pitch the second, third and fourth innings, allowing no runs on no hits, while striking out four.

The Trojans gave Huner a lead, and earning him the victory, when they scored two runs in the bottom of the third.

With one out in the third, Lee tripled with a base hit down the first base line that went into the right-field corner, Bailey Sparrow then walked, Damian Hart was hit by a pitch, with Lee and Sparrow scoring on a single by Will Templin for the 3-1 lead.

J.B. Sanders reached first and scored in the bottom of the fourth on a third strike, as the ball got by the catcher and went to the backstop, with Sanders advancing to first. Sanders stole second and later scored on a wild pitch for the 4-1 lead.

The Blue Marlins picked up two runs in the top of the fifth to cut the lead to 4-3, and that would be as close as they would get.

In addition to Stephens and Huner, the Trojans also sent Adrian Caldwell to the hill for two innings, as he allowed two runs on two hits while striking out three.

Ben Reeves pitched the top of the seventh inning for CHHS, allowing no runs while striking out two. The Blue Marlins had a runner on first following a single in the top of the seventh, but Sparrow threw the runner out as he tried to steal second base. Reeves then struck out the last batter to end the game.

CHHS was led at the plate by Lee with two hits, while Templin and Reeves had one hit apiece.

Arnold got a strong pitching start from Tripp Spivey, a former Troy native, who working three innings and striking out six. CHHS did manufacture three runs over those three innings.

The Trojans are in action again Thursday to begin the Terry Sikes Tournament, when they host Ariton at Troy University at 5 p.m., Prattville and Shelby County at CHHS on Friday, and Lee High School at Troy University on Saturday.