Pearson sworn in as commissioner 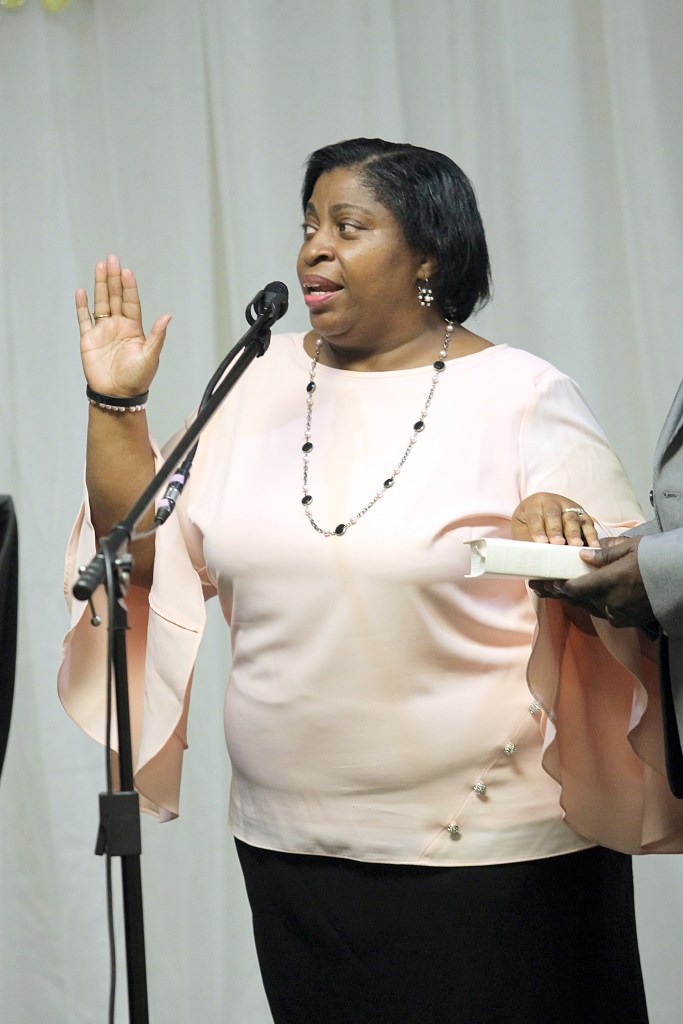 Huck Treadwell The Messenger Cynthia Pearson was sworn in as the District 5 commissioner for the Pike County Commission.

Cynthia Pearson was sworn in as the new Pike County Commissioner for District 5 on Sunday afternoon.

Alabama Gov. Kay Ivey notified Pearson she had been appointed to serve the remainder of former District 5 Commissioner Charlie Harris’ term. Harris died in January. Harris was first elected to the Pike County Commission in 1993 and served on the commission for 28 years.

Pearson previously worked for the Pike County Commission office and served on the Brundidge City Council for 24 years.

A swearing in ceremony for Pearson was held Sunday afternoon at J. Michelle’s Special Events. Pike County Commission Chairman Robin Sullivan spoke briefly, welcoming everyone in attendance to the ceremony.

“I know Mrs. Pearson will work hard to better our community with us,” Sullivan said. “She is a hard worker, has experience and understands budgets. It is indeed an honor to be here to swear in Mrs. Cynthia Pearson. I ask that you pray for us as the governing body of Pike County. We need you to pray for us.”

“I’m looking forward to working with the commission as the commissioner for District 5,” Pearson said. “Please pray for me, I will give it my very best.”

Pearson said she was ready to get to work as a commissioner and planned to get to the next meeting and learn what projects the commission had on the table. Pearson said the appointment and swearing in happened rather swiftly and she hadn’t had much time to think about what projects she’d like to see in the future. But, she said there was one thing that was always in the back of her mind.

“There’s one thing that tugs at my heartstrings,” she said. “We have a lot of people and families that still live on dirt roads. I’d like to see some of those roads paved.”

The Pike County Commission’s next meeting will be March 8.