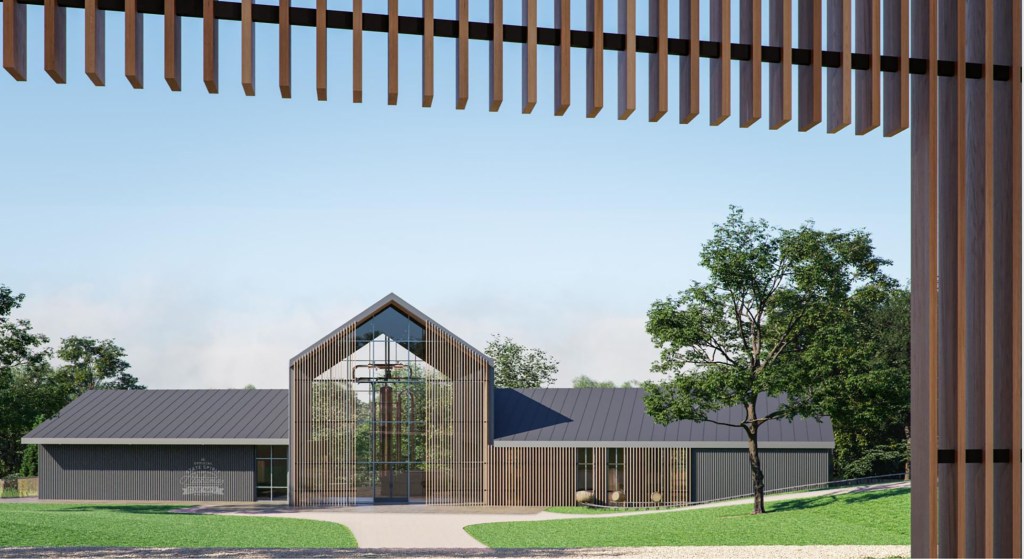 In September 2017, Clyde May’s Whiskey announced plans to build a distillery in Troy, which is about 20 miles from where Clyde May made his whiskey, illegally, along the Conecuh Ridge in Bullock County between 1950 and 1980.

But, when dealing with liquor, state controls are involved. There is engineering work to be done, environmental concerns to be addressed and architectural plans to be made. Opening a distillery is a long road process, said L.C. May, National Brand Ambassador for Clyde May’s Whiskey and the grandson of Clyde May.

And, the property for the Conecuh Ridge Distillery is basically pastureland so road building has to come first, May said.

“Getting the roadwork started has taken longer than we had hope but road construction is underway,” May said. “With road construction underway, ground has been ‘broken’ for Conecuh Ridge Distillery but we have plans for a formal ground breaking. Then, we will begin construction on the distillery.”

However, May said, weather, as always, will be a factor when road and ground work is being done. But, with the road construction underway, construction on the distillery is “just down the road.”

“Conecuh Ridge Distillery will be constructed in three phases,” May said. “Construction of the actual distillery will be first and that will include the rickhouse where the liquor will be aged in barrels and the bottling facility. Phases two and three will follow which are the actual tourism side of the distillery.

“On the tourism side of Conecuh Ridge Distillery, there will be a museum, a gift shop and a tasting room,” May said. “Right now, we are looking at about 12 months after ground breaking for Phase One. But, right now, everything forward depends on the roadwork. Once that is completed, we can snowball from there.”

At the beginning of Conecuh Ridge Distillery is the man, Clyde May, who is said to have produced about 300 gallons of moonshine a week in a still he designed in the woods near Almemria in Bullock County.

May’s moonshine was known for its high quality. He took extra steps during production to maintain the purity and quality of his brew. Much of May’s moonshine was sold, unaged, as corn liquor. However, his best brew would be casked in charred barrels with several dried apples for flavor.

Clyde May’s whiskey will be sold and his story told at the Conecuh Ridge Distillery just up the road, Highway 231 north of Troy. Pike County awaits.