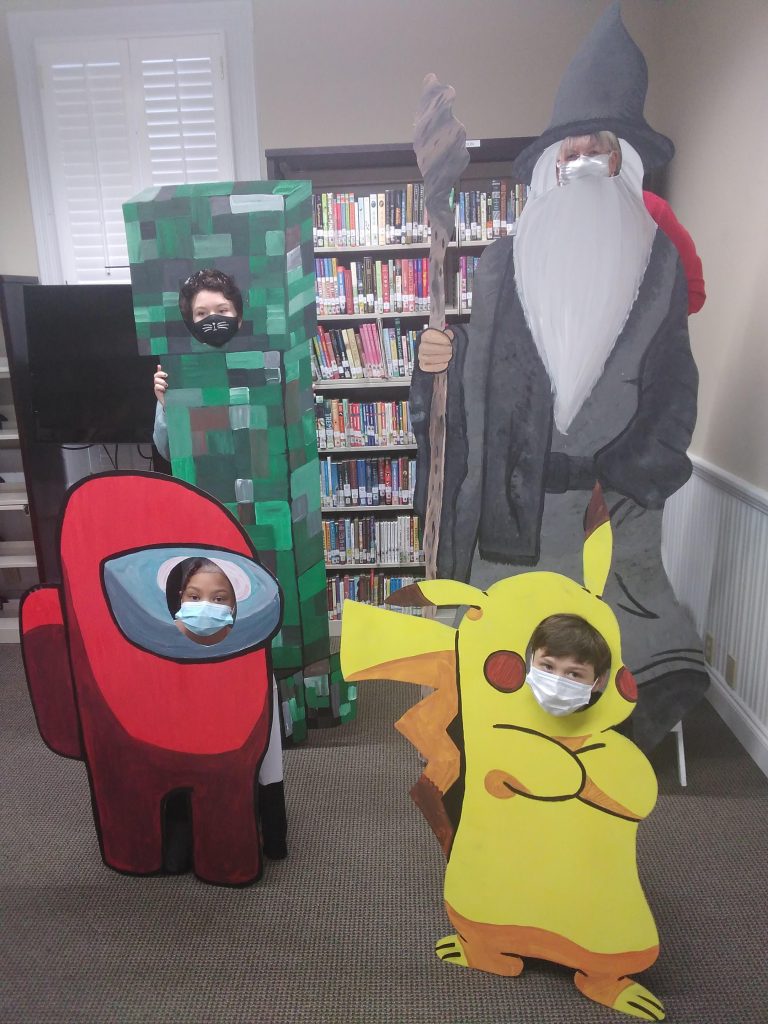 Something new is “popping” up every day at the Tupper Lightfoot Memorial Library in Brundidge.

Pikachu from “Pokemon,” Crewmate from “Among Us” and Gandalf from “Lord of the Rings” are among the popups that will be featured at the Knox Ryals Pavilion in downtown Brundidge Friday through Sunday, Feb. 26-28 as an event of the library’s Imagi-Con Virtual.

“We are planning to make 10 cutouts total,” Nicholson said. “Others planned include Creeper from ‘Minecraft,’ Goku from ‘Dragon Ball,’ Agent Peely from ‘Fortnite,’ Elsa from ‘Frozen,’ Miles Morales from ‘Spider Man,’ Grogu from ‘Star Wars” and The Mandalorian also known as Baby Yoda.

Nicholson said the stand-ins are so-called because visitors to the pavilion will be able to “stand in” and become the faces of the pop culture characters.

The aluminum stand-ins are being constructed by City of Brundidge employees and painted and decorated by members of Tupper’s library staff. The pop culture characters are different heights to accommodate young children as well as teens and adults.

The photo stand-ins will be available for photo taking at the Knox Ryals Pavilion on the grounds of the historic Bass House on South Main Street in the city’s downtown area.

“No registration is required but we do ask that people tag us in their photos for us to share and so we can get a tally of participants,” Nicholson said. “And, too, the library staff would like to see and enjoy them.”

The photo stand-ins are among the many opportunities available at the Tupper Lightfoot Memorial Library’s Imagi-Con Virtual. On-site participants will have the opportunity to play Dungeons & Dragons and speakers may be enjoyed live on Facebook including Java Moody, president and co-founder of 321 Productions, a film and acting company.

The “Artists and Authors Alley” will provide information about books and artwork available via the Website.

“To close out Imagi-Con Virtual, Henry Everett, musician and DJ will perform live,” Nicholson said. “We are working to make Imagi-Con Virtual entertaining and educational for the participants and, hopefully, we’ll be able to have Imagi-Con live from downtown Brundidge in the near future.”