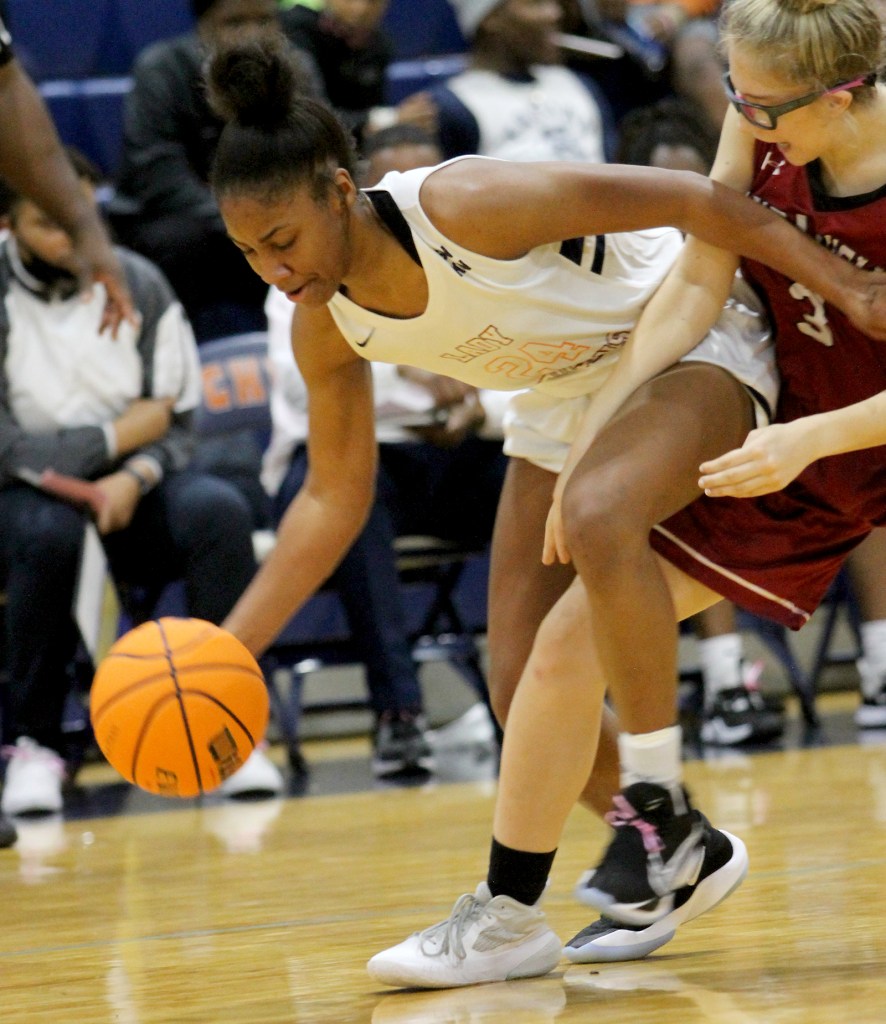 Charles Henderson’s girls basketball team raced away with an Area 4 championship with a 54-35 drumming of Andalusia.

The Trojans got off to a fast start, taking a 17-7 lead after the first quarter. The Trojans Raven Williams and KK Hobdy both scored eight in the first eight minutes of the game, and would continue with hot hands for the remainder of the night.

At the half, the Trojans had extended the lead to 29-10. Andalusia improved its shooting in the second half, but the Trojans were able to maintain the double digit lead through the last two quarters.

On the night, Williams had 21 points and Hobdy closed out the game with 18. Kristian Jackson and Deana Gosha both added seven and Madison Ousley and Melia Ward each had two.