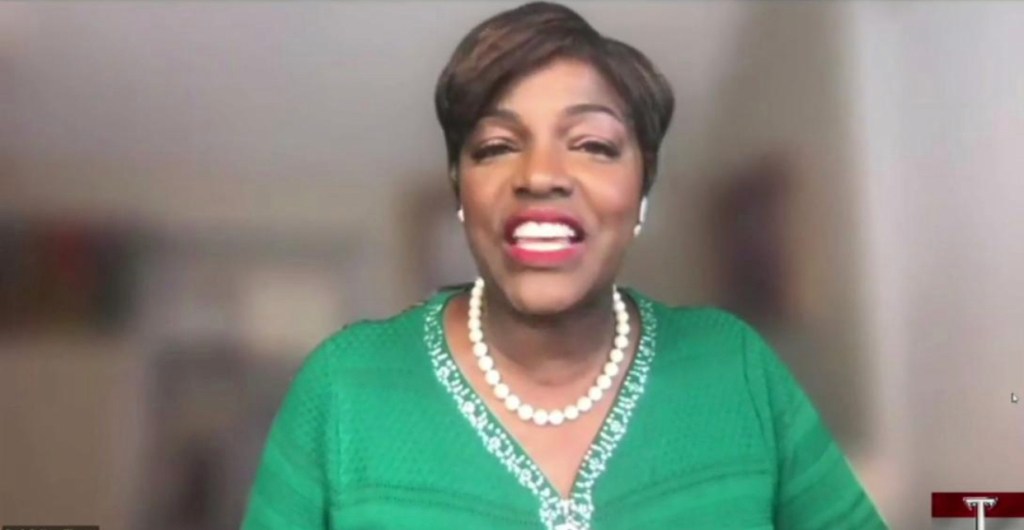 Due to the restrictions of COVID-19, the 2021 Annual Leadership Conference, traditionally held on the campus of Troy University, broke new ground Friday night as a virtual event.

The leadership conference is hosted each year by Troy University and the City of Troy and brings leaders from throughout the area together to learn how to better serve their communities in leadership roles and also in servant leadership or leading from behind.

Lewis, a Pike County native, was a leader in the Civil Rights Movement and served in the United States House of Representatives for Georgia’s 5th congressional district from 1987 until his death in 2020.

Dr. Dorothy Buckhanan Wilson, the 29th president of the Alpha Kappa Alpha Sorority, was the keynote speaker for the 2021 Leadership Virtual Event.

“We could not have chosen a better speaker for a leadership event in today’s world,” Jackson said.” Dr. Buckhanan’s message was motivating and inspiring. And, it was a challenge to all of us to do our best and be our best no matter what leadership roles we hold.”

Catherine Jordan, Leadership Conference board member, said the virtual leadership event was successful in that the conference was held in the midst of the ongoing pandemic.

“Being a leadership conference, it was important that we step out in a leadership role,” Jordan said. “It was important to find a way to host the conference even though people could not come together to learn and for fellowship. Something positive came out of the event. Because the conference was virtual, it was not limited to those who could come to the university campus. Being virtual, it was open to anyone who wanted to attend. We have already heard many positive things about the virtual event.”

Jordan, said, because of the success of the virtual event, serious consideration will be given to the possibility of future on-campus and virtual opportunities.

Jordan said the highlight of the conference was Buckhanan Wilson’s keynote ad-dress that came live from her hometown in South Carolina.

“Her challenge to all those who participated in the 20th Annual Leadership Virtual Event was that each one has a “charge to keep.”

“You should always be looking for ways to step up your game and leave things better than you found them,” she said. “The message is to make a difference no matter where you find yourself in life. When you see things that aren’t right or just, you must always be willing to step up, speak out and say and do something.