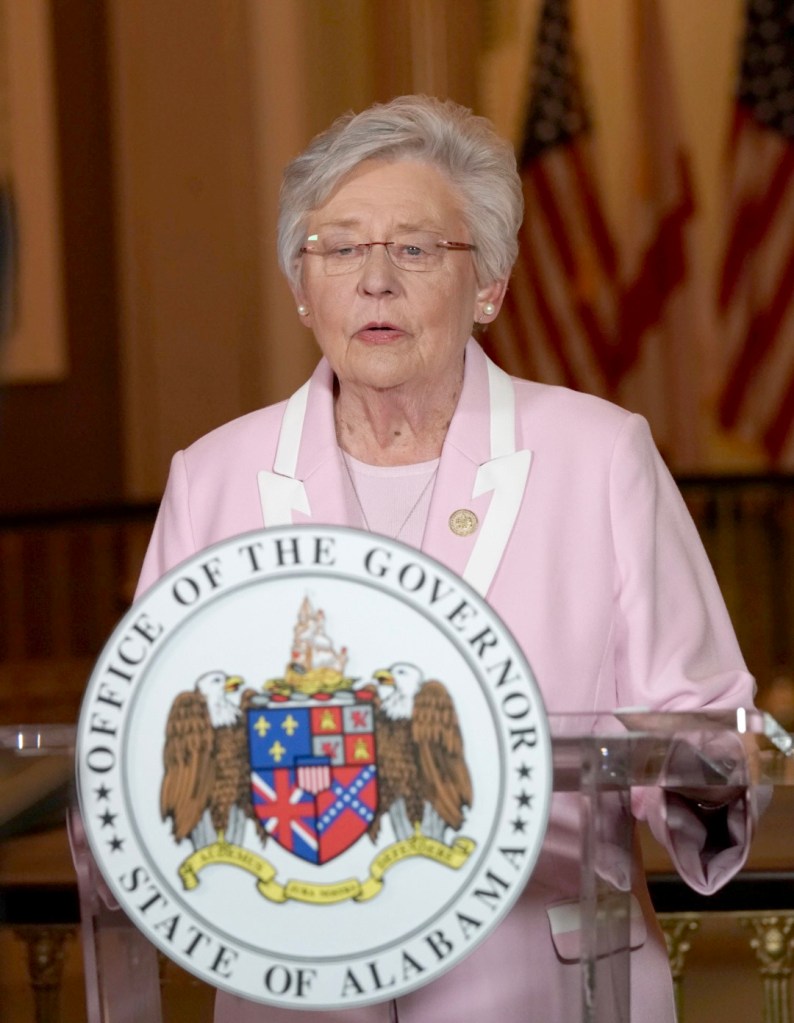 Alabama Governor’s Office Alabama Gov. Kay Ivey gave her 2021 State of the State Address on Tuesday night. Due to the ongoing coronavirus pandemic, Ivey’s annual address was given through video instead of the traditional address before a joint session of the Alabama Legislature.

Alabama Gov. Kay Ivey closed out her 2021 State of the State Address by saying it may be time to roll the dice and let the people of Alabama finally have a vote on gambling.

Ivey delivered the address via a video platform from the rotunda in the state capitol before a virtual Joint Session of the Alabama Legislature. Ivey touched on a variety of hot-button issues facing the state — prisons, economic incentives and COVID-19 — before closing with a challenge to the Legislature to let the people of the state finally vote on gambling.

“One revealing thing [about Ivey’s speech] was she wanted a concerted effort for some kind of gambling legislation so people can vote,” political analyst and former member of the Alabama House of Representatives Steve Flowers said. “That was surprising. Alabama and Utah are the only two states that don’t have some kind of gambling revenue. She put together a stellar committee that came up with a well thought out plan for a lottery and casino gambling. The Legislature can’t pass gambling; all they can do is let the people vote on it.”

“Since 1999, [more than] 180 gambling bills have been introduced in the Alabama Legislature,” Ivey said. “However, you’ve not had a chance to make your voice heard.

Last year, I asked the people of Alabama to trust me to gather all the facts on what has been endlessly debated in our state but never adopted.

My first action was to establish a working group of some of Alabama’s most distinguished citizens to present us the facts so we can make the most informed decision possible. I’m proud of the work of this group, and they have delivered a comprehensive analysis of both the benefits and drawbacks of expanded gambling.

“I’ve never been an out-front champion on this issue, but I have always believed that the people of Alabama should have the final say.”

Ivey went on to say the entire process of developing gambling legislation must be done in an accountable manner and with transparency.

Flowers said Ivey may have given her best State of the State address since replacing for-mer Gov. Robert Bentley after he resigned in 2017.

“Her speech was well delivered,” Flowers said. “She probably did a lot better because she was isolated because of the precautions against COVID. The governor usually gives the address in the old state chamber in front of a joint session and there are a lot of distractions.

“On state issues, she said very clearly she wanted the Legislature to focus on three non-housekeeping, but very important issues — renewing the existing economic incentives package, which expired last year, providing protection against frivolous COVID lawsuits and making sure no CARES Act dollars are taxed.”

“Thanks to the online sales tax that was implemented in 2017, our state’s receipts remain in the black despite an extremely challenging year for retail,” Ivey said. “And instead of talking about raising taxes, one of the first bills I want the Legislature to pass is a measure that will ensure everyone who received CARES Act dollars will not pay one penny in state income taxes on that relief.

“After all, these monies were meant to tide people over until the economy recovered; it was never meant as an opportunity to grow the state’s bank account.

“Another bill that is a top priority is to renew our economic development incentives that we have used for years to build such a strong, diverse economy. The pipeline of new companies looking to come to Alabama is full, and these tax credits help ensure we are competitive enough to get them.

“I am also grateful the Legislature is poised to enact legislation that will prevent our business and medical communities from frivolous lawsuits that might come because of COVID-19. They and our legal community worked to make this happen.”

Flowers said the governor also gave a nod to Troy and Pike County when she acknowledged former U.S. Rep. and Pike County native John Lewis and closed her speech with a quote from Lewis: “Every generation leaves behind a legacy. What that legacy will be is determined by the people of that generation.”