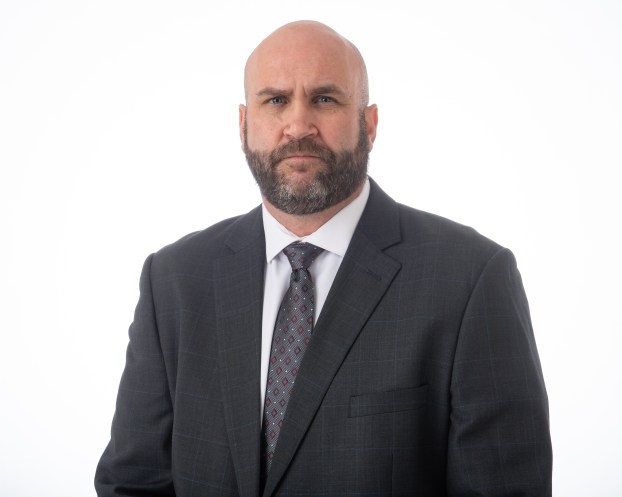 “Luke is an outstanding football coach and an even better person,” Lindsey said. “I’ve known Luke for a long time and his track record of building premier offensive lines speaks for itself. We’re excited to have him part of our family, and I’ve seen firsthand during our time at Southern Miss his ability to motivate, coach and mentor young men to not only be great football players but also leaders on campus and in the community.”

“My family and I are excited to be joining the Trojan football family and Troy community,” Meadows said. “This is a special place where the community and university have a strong bond that is different from anywhere in the country. Life is about people and relationships. Coach Lindsey and I have worked together in the past and experienced a lot of success together. I am blessed to be working with people that I know, trust and respect at Troy.  I look forward to doing my part in helping Troy reach its goals.”

During their two years together at Southern Miss where Lindsey served as the offensive coordinator and Meadows the offensive line coach (2014-15), the Golden Eagles’ offense broke five single-season school records in 2015: completions (312), passing yards (4,263), total offense yards (6,758), touchdowns (67) and points (528), as the Golden Eagles recorded nine wins, a Conference USA West title, and a berth in the Zaxby’s Heart of Dallas Bowl against Washington.

In 2015, Southern Miss’ offense ranked fifth in the nation in total touchdowns, seventh in total points, eighth in total passing yards and completions, and 12th in points per game and passing yards per game. The Golden Eagles tallied more than 4,200 passing yards and just under 2,500 rushing yards. The national leader with 102 explosive plays, Southern Miss was just the second school in FBS history with a 4,000-yard passer, a 1,000-yard receiver and two 1,000-yard rushers. In addition, USM had one of the most explosive offenses in the nation, leading all schools with plays of 20+ yards (109) and second in plays of 30+ yards (54).

Meadows arrived at Kansas after spending the 2017-18 seasons at Eastern Michigan where he served as the offensive line coach and run game coordinator. Meadows overhauled the Eastern Michigan offensive line in 2017 to rank second in the MAC and 28th nationally in the fewest sacks allowed. EMU’s offense ranked third in the MAC in passing offense at 257.3 yards per game. The line also gelled down the stretch in the rushing attack, as EMU racked up 815 yards on the ground over the final four games, which included four 100-yard rushers.

Meadows was the assistant head coach and offensive line coach at 2016 National Junior College Athletic Association (NJCAA) national champion Garden City Community College in Garden City, Kansas. The Broncbusters steamrolled through their 2016 schedule en route to an 11-0 record by outscoring the opposition by an average of 19 points per game.

The program captured its first Jayhawk Conference title since 2001 and finished off the program’s first-ever perfect season with a 25-22 victory over Arizona Western College in the NJCAA Football Championship Game.

Meadows joined the Broncbuster staff after serving two years as the offensive line coach, with Lindsey serving as offensive coordinator, at Southern Miss. He arrived after a 1-11 season and he and Lindsey combined to help the Golden Eagles make a major jump to 9-5 in 2015, while winning the Conference USA West Division title.

Prior to his time at Southern Miss, Meadows with a wealth of experience after spending two seasons (2012-13) at Florida Atlantic University, where he was elevated to offensive coordinator midway through the 2013 campaign.

Before joining the staff at FAU, Meadows worked at South Dakota State for 10 years, serving as an offensive line coach from 2002-05 before being promoted to assistant head coach/offensive coordinator (2006-11). In that time, four players earned All-American honors, one academic honor, 19 selected all-conference and 16 received academic all-conference recognition, while two all-newcomers were awarded to his offensive linemen.

A Hot Springs, South Dakota, native, Meadows began his coaching career as an undergraduate student at SDSU. After earning a bachelor’s degree in 1999, he continued as a graduate assistant with the Jackrabbits during the 1999-00 seasons, coaching the running backs, including Jackrabbit career rushing leader and All-American Josh Ranek.

In 2005, Meadows coached an offensive line that helped pave the way for the leading rushing attack in the Great West Football Conference, averaging 227.4 yards per game. During Meadows’ time on staff, the Jackrabbits posted four of the top 10 single season rushing totals in school history and five of the top 10 single-game rushing performances.

In addition, SDSU recorded four of the top-10 scoring averages in the program’s history, including 35.6 points per game in 2008. The 2008 squad also set an SDSU single-season record with 427 points in 12 games, scoring 40 or more points in a game six times.

Under Meadows’ guidance, Jackrabbit offensive linemen combined for seven First-Team All-Conference selections, 10 Second-Team selections, and a pair of All-Americans. Mitch Erickson, who ended his collegiate career in 2007 with his third straight First-Team All-Great West Football Conference selection, was nearly a consensus All-America pick within the Division I Football Championship Subdivision as a senior. Likewise, center Ryan McKnight earned multiple All-America honors during his senior season in 2010, including First-Team recognition from the Walter Camp Football Foundation.

Also during the 2010 season, the Jackrabbit offensive line ranked second in the Football Championship Subdivision, yielding only six sacks the entire campaign. Erickson signed as a free agent with the Denver Broncos and later spent time with the Seattle Seahawks. Casey Knips and Casey Bender, both starters on the Jackrabbits’ 2009 FCS playoff team, received invitations to NFL camps in 2010 with the Arizona Cardinals and Cleveland Browns, respectively.

After working as a graduate assistant for South Dakota State (1999-00), Meadows spent a season as offensive line coach at Wartburg College in Waverly, Iowa.

Meadows and his wife Rochelle have three children, Daulton, Addyson and Maclane.

By Huck Treadwell The Alabama Legislature will convene for the 2021 session Tuesday for what former lawmaker and political analyst... read more