Harris may not be traditional VP 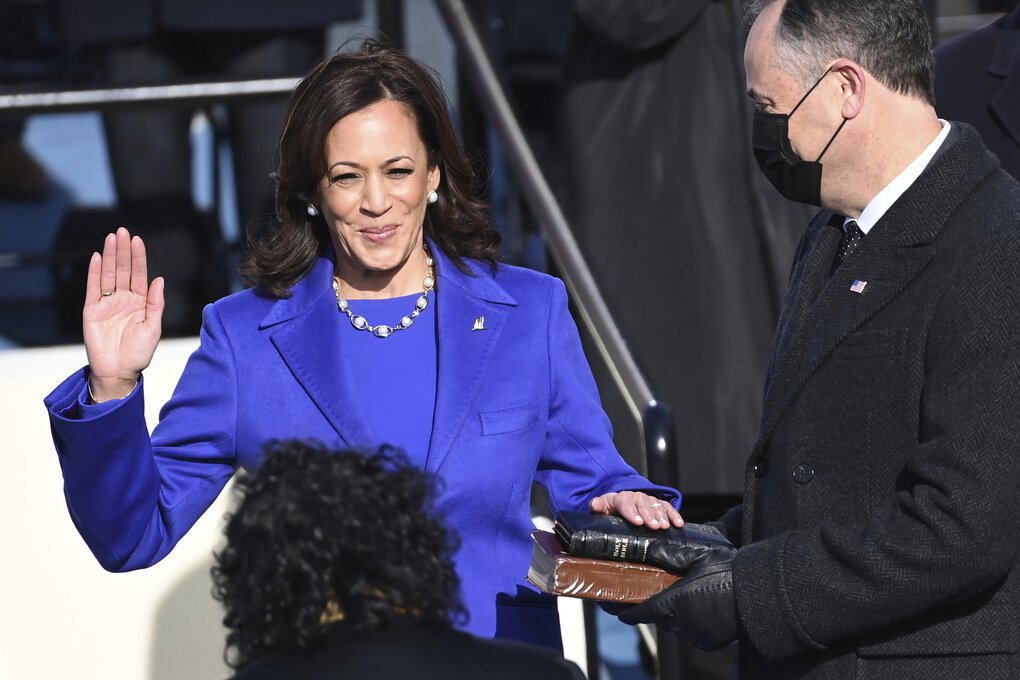 The White House Kamala Harris was sworn in as the first female vice president on Jan. 20, 2021.

John Adams, the first vice president of the United States once complained that the vice presidency was the most insignificant office that ever the invention of man contrived or his imagination conceived.

The role of the vice president is to succeed to the presidency upon the death or resignation of the President and to preside over the Senate with no vote except to break a tie.

So, most of the time, the Vice President of the United States has no other specified role in national government.

However, John Adams could not have foreseen that a female and a Black woman and person of South Asian descent would be elected Vice President of the United States, nor could he have imagined what role she might play in national government.

Dr. Dana Wilson, Troy University College of Health and Human Services, said   Vice-President Harris will bring different attributes to the role of vice president, as she seems connected to and aware of the political climate of socioeconomic equity in the United States of America.

“There is a sense of urgency in her approach to helping meet American citizens’ needs and serving as President Biden’s support system,” Wilson said. “Vice President Kamala Harris appears to understand her role, as she noticeably acknowledged President Biden’s accomplishments during their campaign. Suppose it is now a requirement that she is more visible than previous U.S. vice presidents.

“In that case, there is great potential for her to be actively involved and influential in matters President Biden will delegate or permanently assign to her.”

“And because of this, I know that her goal is to exceed any current

standards of American citizens and every onlooker of the world,” she said.

Kelly Hawkins Godwin’s belief is that real leadership is about bringing people together and not dividing them.

“While we are only nine days into this administration, it’s yet to be determined if harmony will be fostered by Vice President Harris,” said Godwin, Troy University Leadership Development lecturer. “I pray she fills this role that our country so desperately needs.

“Representation matters. And having a female vice president is significant because all little girls can now look at that office and say ‘I can too.’”

Godwin said having a female vice president in the United States is also important because the only office left to conquer is that of the Presidency.

“This creates hope for us that in our lifetime, we will see a female occupy the most important seat in the world at the most influential table in the world,” Godwin said. “We are one step closer to truly shattering the proverbial glass ceiling that shadows the fight for equality.”

Kymbra Ross, a payroll technician at Wiley Sanders, said the role of United States Vice President is going to change with Kamala Harris in office.

“Having a female vice president is going to change the way our society looks at gender roles and greater progress will be made toward gender equality,” Ross said. “Individuals will be looked at more for what they can do rather than who they are.”

Ross said, when Joe Biden was vice president, he was more involved with political issues and she expects Vice President Harris to also be more involved.

“She will be more in communication with the public and she will be trusted,” Ross said. “I have admiration for Vice President Harris and those like her who have the courage and confidence to seek the opportunities and risks of public service.

“I believe having a woman in a leading national role will be motivation and encouragement for other women to seek political positions.”

In a short time after Harris was sworn as the first female United States vice president, she said. “Even in dark times, we not only dream, we do. We not only see what has been, we see what we can be. We are bold, fearless and ambitious. We are undaunted in our belief that we shall overcome, that we will rise up.”

Now, with Kamala Harris, the first female United States vice president in office, there might be more to the office than even John Adams contrived or his imagination could have conceived.