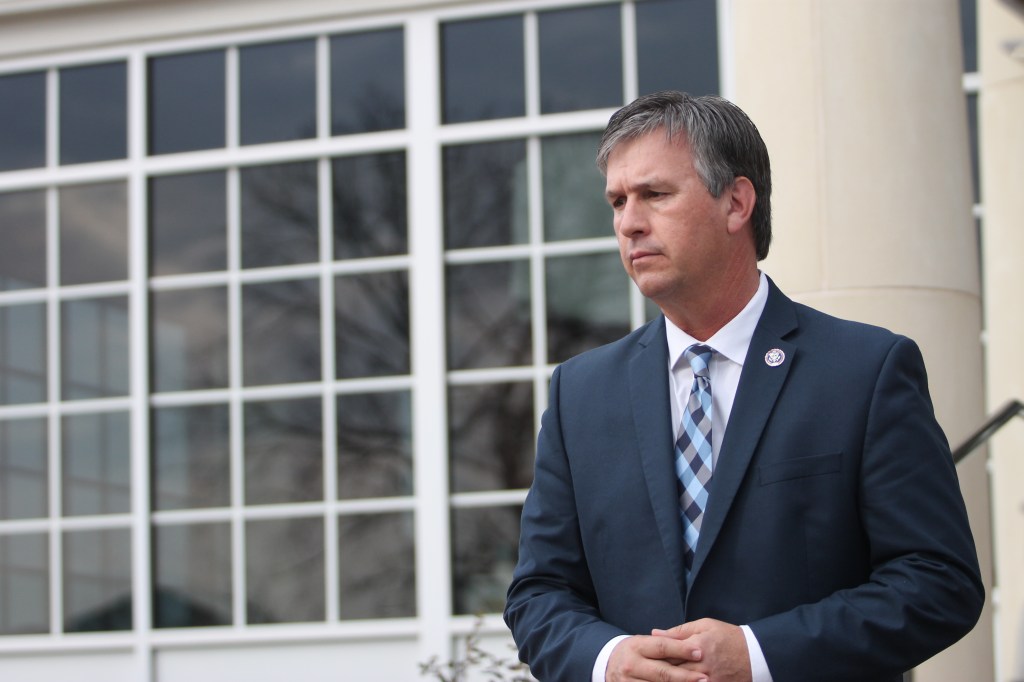 U.S. Rep. Barry Moore stopped in Pike Tuesday on a fact-finding mission before his freshman term in Washington, D.C.

Moore, R-Enterprise, took office Jan. 3 and said he was visiting with Second Congressional District government leaders and business people to help him build relationships with members of his district. Moore previously served in the Alabama House of Representatives from 2010 to 2018.

“We really wanted to visit with elected officials and business leaders,” Moore said. “We want to be available to people. We’re here to build relationships. Every one in office is elected to serve the entire district.”

During his visit, Moore met with Troy Mayor Jason Reeves, Pike County commissioners and toured the campus of Troy University after a private meeting with Chancellor Jack Hawkins.

Moore talked with Reeves about what issues the mayor believed would be important to address in the coming months.

“We pull people from seven our eight counties everyday who come here to work,” Reeves said. “Our strength has been the quality of our workforce. … It’s important everybody has a career path. We’re about to see a huge vacuum in Trade skills. We’ve been working with Alabama Industrial Development Training and schools to get people trained. There’s a high demand for these jobs and what they pay is high. College is for some people, but that not the track for everybody. We need to make sure those people have the opportunity for job skills training.”

Reeves told Moore that job creation was also important to keep Troy growing. He noted the construction of a new retail development, which includes, Hobby Lobby, Five Below and T.J. Maxx, among others, as an example of growth.

Moore said it was good to see growth in Troy and he wanted to be aware of what was happening in District 2 so he could better serve constituents in Washington, D.C.

“There’s a lot of growth opportunity in Troy,” Moore said. “What I take away from this [visit] is Troy has made a great investment in job creation. It’s amazing to see the investment in education. It’s also good to see education and government working together for the good of the community and we want to be plugged in to that.

During Moore’s visit, he was informed he had been appointed to the House Agriculture Committee and Veteran Affairs Committee.