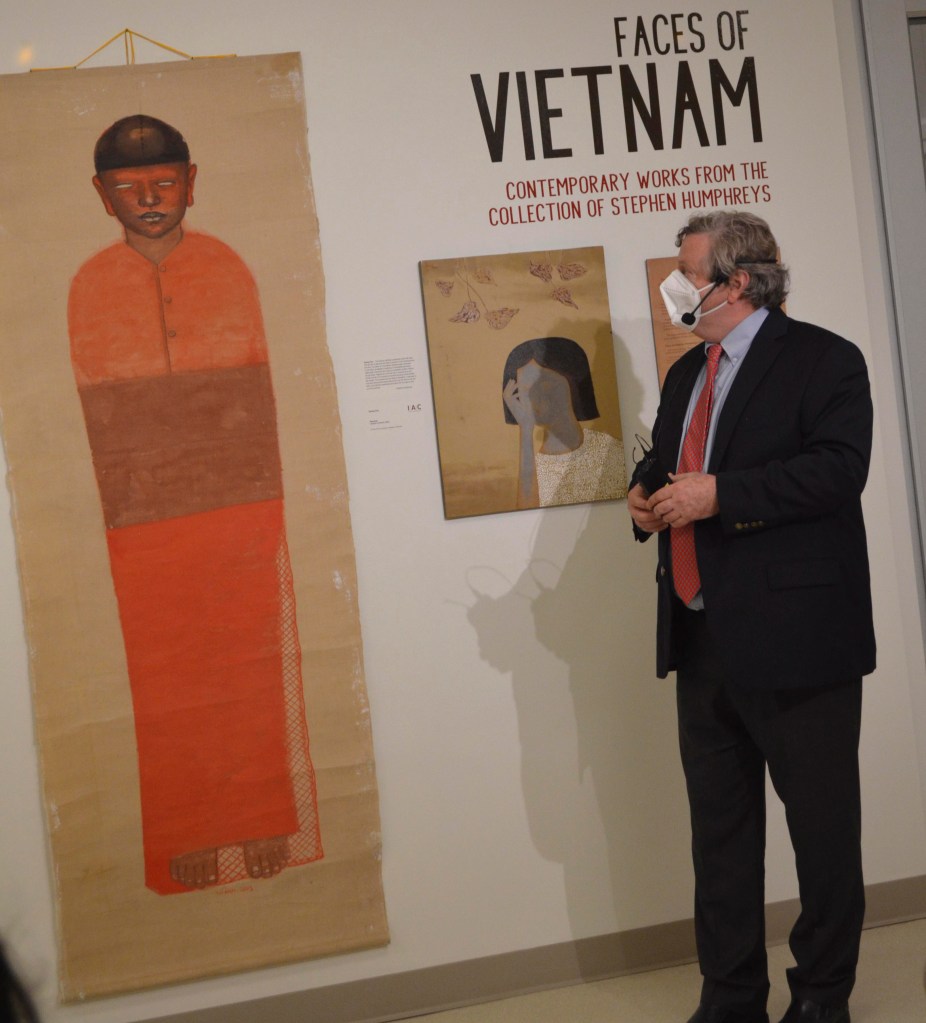 Courtesy of ron sutton | The Messenger Stephen Humphreys’ “Faces of Vietnam” collection is currently on display at the International Arts Center.

Humphreys is an Athens, Georgia-based attorney whose travels through Vietnam allowed him to accumulate a collection of artwork mainly from the Reform era of the 1990s when Vietnam was struggling to reconstruct after decades of war.

Carrie Jaxon, IAC curator, said, when the Vietnamese government released the oppression of its people, the reform movement gave rise to the opportunity for artists to express their reflections of their past and their hopes for the future.

“The artwork is unique in the ways that some artists take more of a traditional approach to their artwork while others lean more toward the modern, Jaxon said. “‘Faces of Vietnam’ is an opportunity for visitors to step into another culture through the application of art forms. It is an opportunity to be transported to another place in which to experience the unique applications of art forms.

The guided tour Thursday night was an opportunity for the visitors to walk with Humphreys along the Foyer Gallery of the IAC, stopping at various works of art to describe the processes used by the artists and also the emotions and stories behind the works.

Humphreys said the Vietnamese believe the face tells everything about the life and character of the person.

The Vietnamese don’t pay much attention to what a person says but they look at what a person does and how a person looks,” he said. “And, it’s the same for the hands. Face and hands tell all.”

Featured in this exhibition are traditional Vietnamese woodblock prints, gouache on Do paper and mosquito netting, and lacquer works inlaid with eggshell, sand, even human hair, providing the experience of uniquely Vietnamese art forms. Themes range in content from the minority tribeswomen of the remote highlands, to the scene of the bombing of the Long Bien Bridge across the Red River to Hanoi.

The International Arts Center also features the Nall Museum and Gallery and the Huo BaoZhu Gallery. The IAC is located at 158 International Drive.