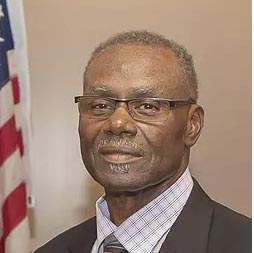 Longtime Pike County Commissioner Charlie Harris died on Thursday morning bringing to a close a dedicated career of public service to Pike County and to his hometown of Brundidge.

Harris was elected to Pike County Commission District 5 in 1993 after having served on the Brundidge City Council since 1986.

“Commissioner Harris was on the Commission when I started in 1998,” Wilson said. “He truly loved serving the people of District 5 and was always willing to fight for what he believed in. Here, at the Commission Office, we consider ourselves a family, and it is a sad day to have lost one of our own.”

Commission Chairman Robin Sullivan served on the commission with Harris for 16 years and knew him to be the kind of person who truly cared about all Pike County.

“Commission Harris fought hard for his district,” Sullivan said. “He didn’t always win but he stood by what was passed. Commissioner Harris would let us know exactly what he was thinking and where he stood.  If he was not for something, he told you. If he was, he let you know that, too.”

Sullivan said what he appreciated most about Harris was that, once he gave his word, he kept it. “You could count on it.”

“Being a public servant is a sacrifice and Commissioner Harris put in his time,” Sullivan said. “I appreciate him for his time and his commitment to the Pike County Commission, to his district and to all Pike County.”

Barron said, over the years, he and Harris established a good working relationship.

“Commissioner Harris worked hard for the people in his district and was a good leader for his district,” Barron said. “He brought some good ideas to the table and worked hard to bring them about.”

Barron said, too, that Harris was a man of his word.

“He would tell you what he thought about an issue and would stand by it,” Barron said. “But, if he came up on the short end, he would go along in the best interest of everybody concerned.”

Wright said Harris was a stickler for doing things the “right” way, as he perceived it to be.

“Charlie believed in going by the book even sometimes when you didn’t need to go by the book,” he said. “Charlie had his opinions and he let you know what they were. If he believed he was right, he stuck by it.”

Wright said Harris believed in treating everybody the same, no matter who they were.

“I served on the Pike County Commission with Charlie but he was more like a brother to me than a friend,” he said. “He wanted the best for his district and he worked hard for the people in his district but he was really concerned about all the county. Charlie was a good man. A good man is gone and he will be missed.”