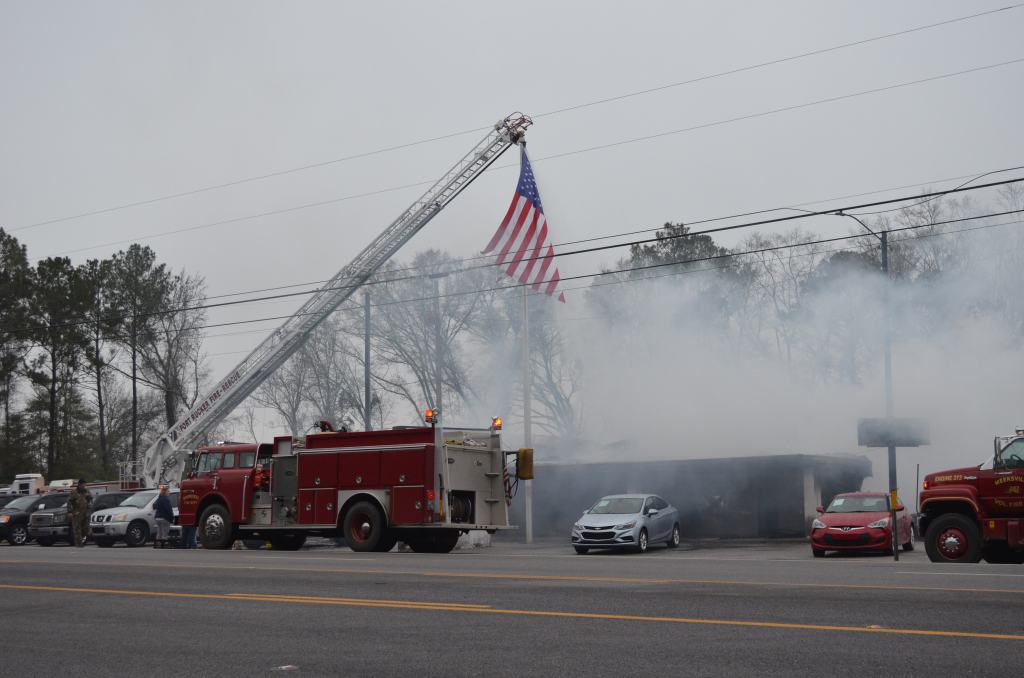 photo/Jaine treadwell A fire at Car City in Brundidge on Tuesday was still under investigation on Wednesday.

An early Tuesday morning fire at Car City dealership on U.S. Highway 231 about a half mile across the Pike County line into Coffee County, destroyed two buildings and several vehicles at the used car facility.

Glen Adkins, Brundidge Volunteer Fire Department, said the call came in to Brundidge between 4:50 and 5 a.m. Tuesday. Adkins said the fire is under investigation by the Alabama Fire Marshals and the Alabama Bureau of Alcohol, Tobacco, Firearms and Explosives.

regarding the dealership fire in Brundidge, ATF Certified Fire Investigators are on scene working with its local and state counterparts.”

Knight said on Tuesday that investigators will remain on the scene for the next few days.

“We are still looking at the scene and will be glad for any information from the public that could help the case,” Knight said. “Anyone who has any information, including photographs, is asked to report it to local authorities as we continue to look for the cause determination of the fire.”

No new information was provided on Wednesday. We will update  the story when information develops.