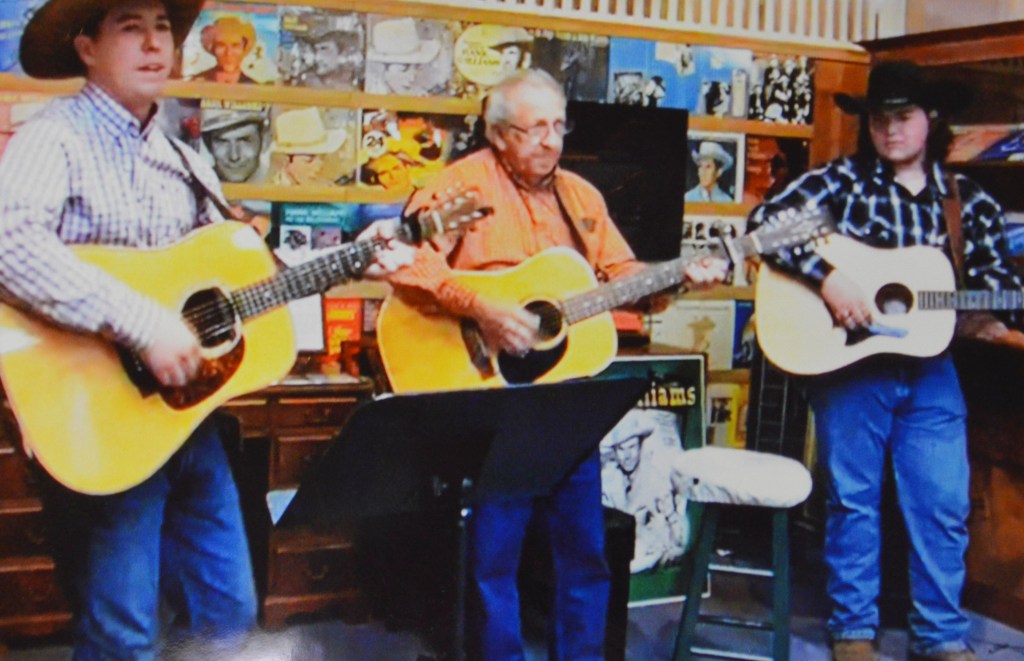 The Sheppards from the Banks community were among the featured singers at the 68th Hank Williams Memorial event on January 1, 2021 at the Hank Williams Museum in Montgomery.

This is the 15th year The Sheppards have participated in the New Year’s Day event. Participating in this year’s event were Arnold Sheppard and his grandsons, Morgan and Weston Brown.

The memorial event is held annually in recognition of the death of country music legend, Hank Williams, on January 1, 1953.

Williams died somewhere between Bristol, Tennessee and Oak Hill, West Virginia on the way to a New Year’s Day show in Canton, Ohio. The cause of death was heart failure.

Dianne Brown, who accompanied The Sheppards to the memorial event, said, due to the coronavirus, the attending crowd was, comparatively, small.

The crowds at the museum were, as also expected, smaller than usual, Brown said, but appreciative of the opportunity to hear the country music legend’s music played and sung.

The memorial event could be viewed on Facebook and Brown said she is sure many watched from the safety of home.

“But, for The Sheppards, it’s important to be there,” Brown said.

The Hank Williams Museum is located at 118 Commerce Street in downtown Montgomery. The museum is not billed as a tourist stop, rather a step back into the life of country music’s first superstar.

The museum is filled with Williams’ artifacts including his 1952 baby blue Cadillac along with boots and hats, horse saddle, portraits, records, albums and more.