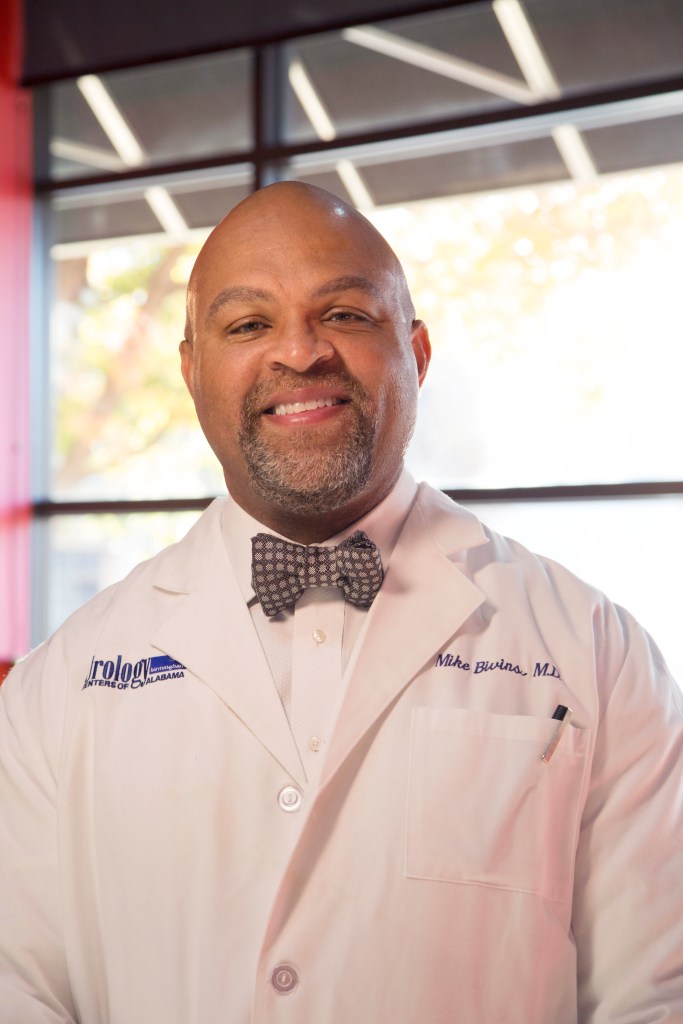 Jason Biddy, CEO of Urology Centers of Alabama (UCA) said Bivins has been a dedicated member of the team of doctors at UCA for 18 years.

“Dr. Bivins joined Urology Centers of Alabama in 2002 and UCA is very excited to start out 2021 with Dr. Bivins being named President of UCA,” Biddy said.”

Bivins said he his honored to serve the state of Alabama as the president of UCA.

Bivins said UCA has 30 physicians, 15 nurse practitioners and physicians assistants and 250 employees at multiple locations around the states.

“We work with a great group of professionals that includes secretaries, nurses and technicians that provide excellent care in guiding the future of UCA,” Bivins said, adding that his hopes are that, in his new positon, UCA will continue to grow its vision and help more people throughout Alabama and in the region.

Bivins will also assume the presidency of the University of Alabama School of Medicine Alumni Association and Board in February. The association has more than 3,000 members throughout the country.

“I look forward to a challenging, exciting and busy 2021,”Bivins said. “I am very  appreciative of the opportunities ahead.”

In addition to serving the patients at UCA, Bivins resides on the boards of the Jefferson County American Cancer Society, YMCA and Urology Foundation. He is the Chairman of the Department of Surgery at Baptist Princeton. He is a current member of the University of Alabama President’s cabinet and is an advisory board member of the Honors College at the University of Alabama.  He is a member of Leadership Birmingham and Leadership Alabama.  He is also a member of the American Urology Association. He has authored several papers and has been involved with multiple clinical trials.

Bivins gives back to his community by providing free prostate screenings for low socioeconomic areas. He is also a retired member of the United States Air Force Reserve.

Bivins is a native of Brundidge and a 1986 graduate of Pike County Highs School. He is the son of Constance Bivins of Brundidge.