Mrs. Irene Green Fowler, 92, a resident of Luverne, Alabama, passed away peacefully in her home, surrounded by her family, on Saturday, January 9, 2021. A graveside service will be held for Mrs. Fowler at 2 PM on Wednesday, January 13th, in Live Oak Cemetery with Rev. Joe Leverette officiating and Turners Funeral Home of Luverne directing.

Mrs. Fowler lived her life as the epitome of a hard worker. After moving to Crenshaw County, she first went to work at Dr. Ray’s office in Luverne before moving to the ASCS, and wound up retiring from the State of Alabama after working with her local food stamp program with the Department of Human Resources. She didn’t even spend her retirement in leisure, but instead worked with her husband taking care of their farm for many years. Her husband, Edward, often fondly remarked that she was quite the cattle wrangler. Her culinary skills were also legendary amongst both her family and community. She made the best caramel cake, cheese wafers, and divinity. Up until the last few months of her life, she also cooked a hearty lunch for her “boys” every day that they worked on the farm.

Mrs. Fowler considered her grandchildren and great-grandchildren the greatest joys of her life. She loved taking care of them, and she could be found at as many of her grandchildren’s high school events as was possible. She was an enormous asset to her surrounding community through her service as both a member and, later, chair of the South Crenshaw Water Authority and serving on the governing board for the Crenshaw County DHR. She was a faithful member of the Patsburg Baptist Church, where she was also a member of the WMU. Words cannot express how much both her family and community will miss her presence in their lives, but she has left behind such an amazing legacy for them to cherish. 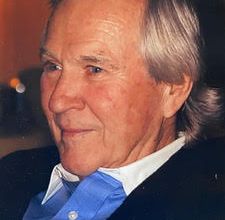