Trojans get bounce back win over Andalusia 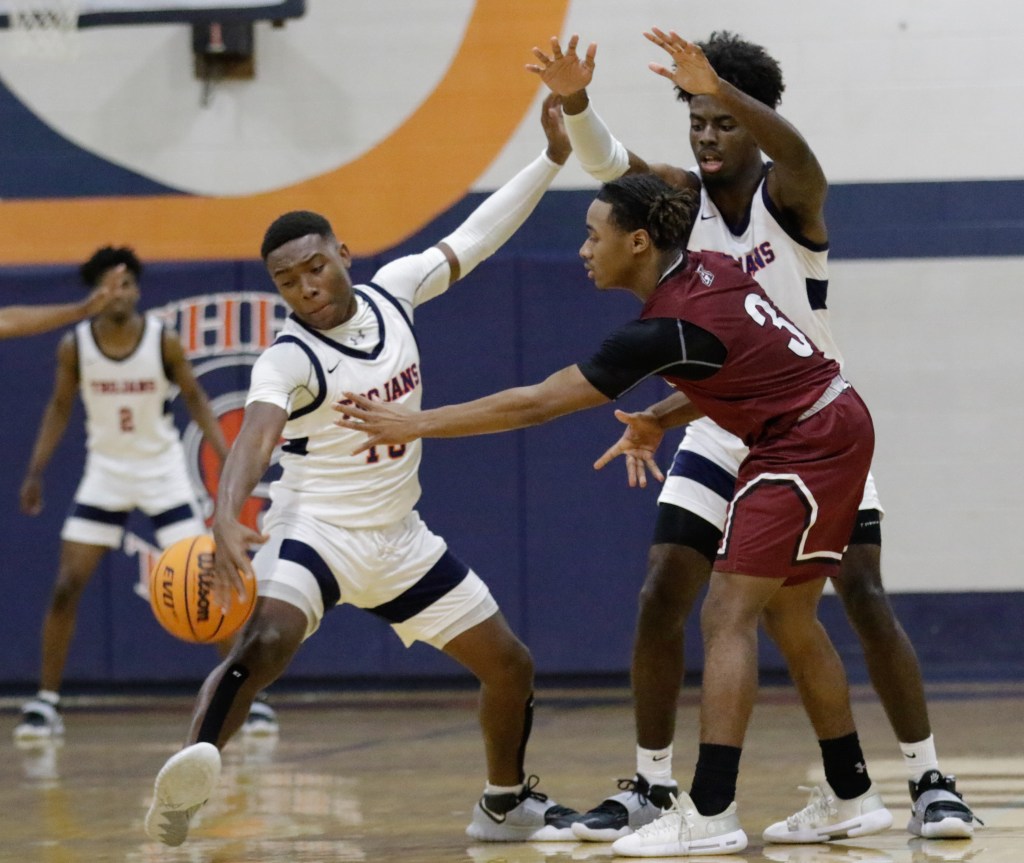 Charles Henderson High bounced back from a Tuesday night setback to blast visiting Andalusia 56-33 Friday evening in Betty Wagoner Hall on the campus of CHHS, as Jywon Boyd pumped in 25 points to pace the Trojans.

CHHS lost a hard-fought contest this past Tuesday against visiting Greenville, and the win Friday against Andalusia gives the Trojans a needed boost as they prepare to head back to Greenville this upcoming Tuesday night. CHHS also had two players suffer minor injuries against Greenville, and head coach Doug Branson hopes his team will be fully healed and ready to travel to Greenville.

“After Tuesday night, we had two starters that got injured a little bit, so we were not sure if they were going to be able to play tonight,” said Coach Branson. “So Wednesday and Thursday’s practices, was about next man up. I was really proud of the rest of our team for putting in the work to be able to participate and be able to contribute tonight, and do what they needed to do as an individual and as a team to be successful. It was really nice to be able to see them come in and play with some confidence and contribute and help the team come away with a victory tonight.”

The Trojans led Andalusia 28-15 at the half, but pulled away for a 44-21 lead after three quarters, and outran the Bulldogs in the fourth period for the 56-33 victory.

Improving to 14-6 on the season and 1-1 in Class 5A, Area 4 competition, CHHS will not need any extra motivation for their contest with Greenville Tuesday, in another battle against two evenly matched teams.

“It’s going to be a challenge,” said Coach Branson. “Hopefully we can get our two guys back, but either way, we’ve got to go over there with a mindset that each one of us has to do our job to help contribute, and hopefully we can be successful. We have played Greenville twice already and there is a total of four points difference in both games. We lost by one point in the first one and three in the second one. It’s two very, very evenly matched teams. They’ve just found ways to come out on top. Like I told our guys the other night, they (Greenville) made one more play toward the end of that game to beat us here. We need to go to their place and make one more play than they do.”