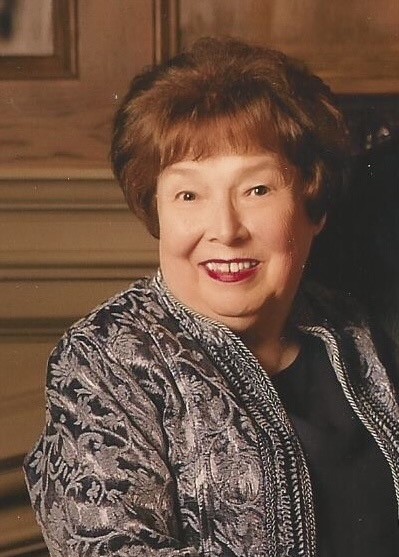 Jane was born in Dayton, Virginia, in 1939, and attended schools in Arlington and Harrisonburg.  After attending James Madison University during 1957-1958, she moved to Washington, D.C., where she worked for the Civil Service Commission, while attending the Strayer School of Business.  She then transferred to The Pentagon where she worked for the Navy Department.  She met her husband Bill who was in the Marine Corps at Quantico, Virginia, in 1963.  She married in 1964 and immediately moved to Alabama.  After the birth of their first child, Jane was employed by the U.S. Air Force at Maxwell Air Force Base.  She later transferred to Gunter Air Force Base, where she worked as an editorial assistant for the Extension Course Institute and as an editor/writer for the Air Force Logistics Management Agency.  Jane was grateful she had the opportunity to serve our country for over 30 years.  After retirement, she pursued her love of travel, visiting Israel, Egypt, France, Germany, Ireland, and Mexico.

She was a member of the Mt. Hebron Church of Christ in Eclectic, Al. from 1972 to 2008. After moving to Arab, Al. in March 2008, Jane and Bill became members of the Arab Church of Christ.  Jane wanted to be remembered for faithfully serving the Lord during her lifetime; for being a Christian wife, mother, and grandmother; and for contributing to the awareness and writing of good literature.