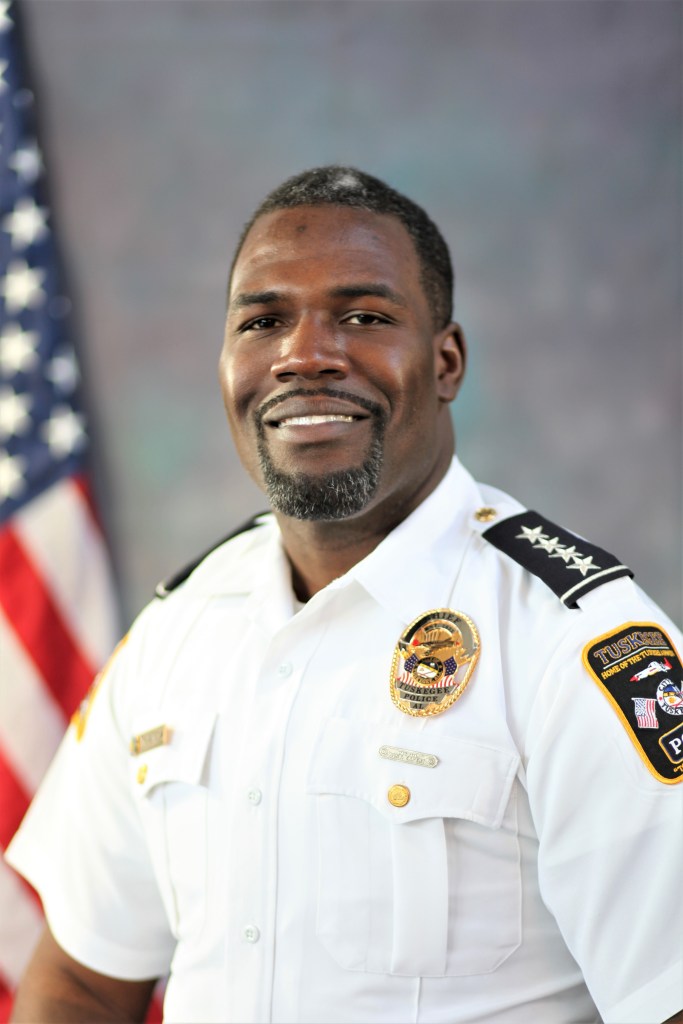 Brundidge Mayor Isabell Boyd said the people of Brundidge are going to be well pleased with the city’s new police chief.

And, Marquez James has no doubt that Brundidge is where he wants to be at this time in his career in law enforcement.

James comes to the Brundidge Police Department from the City of Tuskegee where he has served as its chief of police since 2018.

“When I accepted the position of chief of police in Tuskegee, my objectives were to rebuild the department and repair relationships with the community,” James said.  “Things in Tuskegee are going as planned and there is a good team in place to keep carrying the torch forward. For me, it was time to move on to another challenge.”

James will be introduced as the city’s new chief of police at the January 5, meeting of the Brundidge City Council but until then he will be “getting to know the lay of the land,”

“I believe in doing the groundwork before I go into an area,” he said.

James said he is anxious to get involved in the Brundidge community and to know the people and for them to know him.

“I will be visible in the community; people will see me often” he said. “I want us to get to know each other. I want to know what the expectations are for law enforcement in Brundidge and I want the community’s help in achieving those expectations.”

James said he will make it his business to, at least once a month, attended a meeting of a club or organization or a local church.

“I will be at community events and social events,” he said. “I will be involved in the community and I am looking forward to that involvement and to being a part of continuing to move the City of Brundidge forward.

James said he loves the work that he does and he loves helping people.

“Law enforcement is a service and I want to always make sure that I do a good job for the people,” he said.

James was born and raised in Montgomery and was inspired to go into law enforcement by family members who were involved, including an uncle who recently retired as a state marshal and a family friend who was also a role model.

James is a graduate of Faulkner University, where he obtained a Bachelor of Science Degree in Criminal Justice/Public Safety. James is also a Level III Certified Law Enforcement Executive Professional.

He joined the Montgomery Police Department in 2002 and joined the Traffic Homicide Bureau as an investigator and traffic crash reconstructionist.

James was awarded the City of Montgomery 2003 Medal of Valor Award for his selfless lifesaving and meritorious actions in the performance of his duties.

In 2006, he joined the Alabama State University Police Department where he was employed for 12 years as a police lieutenant/ adjunct to the chief of police. During that time, James oversaw an assortment of departmental day-to-day operations and managed the department’s Criminal Investigation Unit in its external and internal capacities. James was also an instructor for the ASU Violence Against Women Program. He educated both citizens and police in the intricate legalities associated with domestic violence and sexual assault. James was a recipient of the Crime Stoppers 2014 Officer of the Year Award and recipient of ASU Police Department’s Chief’s Commendation Award.

James and his wife have four children and make their home at Pike Road. He serves as deacon and active member of the Eastern Meadows Church of Christ. When James is not involved in police work or spending time with family, he can be found in his carpenter’s shop making a table or cabinet as a way of constructive relaxation.