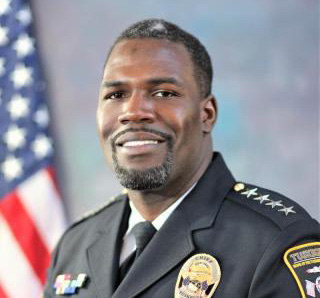 After an extensive and inclusive search for the position of chief of police for the City of Brundidge, the search committee has named Marquez N. James to lead the Brundidge Police Department.

Brundidge Mayor Isabell Boyd said she and search committee are proud to announce James as the city’s new chief of police.

“We are confident that Marquez James is the one for the job and that he will be an asset to the City of Brundidge and its citizens,” Boyd said. “We will welcome him with open arms and are certain that he will be so welcomed by our residents.”

Boyd said James is well qualified and she is confident that he will make an immediate and positive impact in the department and the city.

“He will come to the Brundidge Police Department with a plan and will immediately begin working with the officers who continue to be a part of our police force,” Boyd said. “However, we will officially introduce Chief James at the Brundidge City Council meeting on January 4 and move forward from there.”

James makes his home in Pike Road and will split time between there and Brundidge.