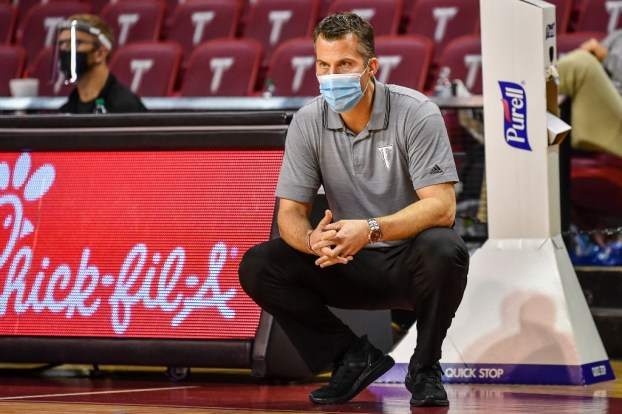 Troy men’s basketball head coach Scott Cross will miss tonight’s game against Carver College in Trojan Arena due to a health issue in his immediate family. Cross is expected to return for Troy’s Sun Belt Conference opening series at Appalachian State over the weekend.

Kenneth Mangrum will serve as Troy’s interim head coach in Cross’ absence Monday night. The Trojans are 2-0 in Trojan Arena this season, including an 8-point victory over a Samford club which was coming off a 4-point loss to undefeated Georgia.

Tipoff between Troy and Carver is scheduled for 6 p.m. The game will be broadcast on ESPN+ and a limited number of tickets are available by visiting TroyTrojans.com/tickets.

Patriots head into Christmas on a winning streak

The Pike Liberal Arts Patriots knocked off the top ranked team in the state on Tuesday and rode into the... read more