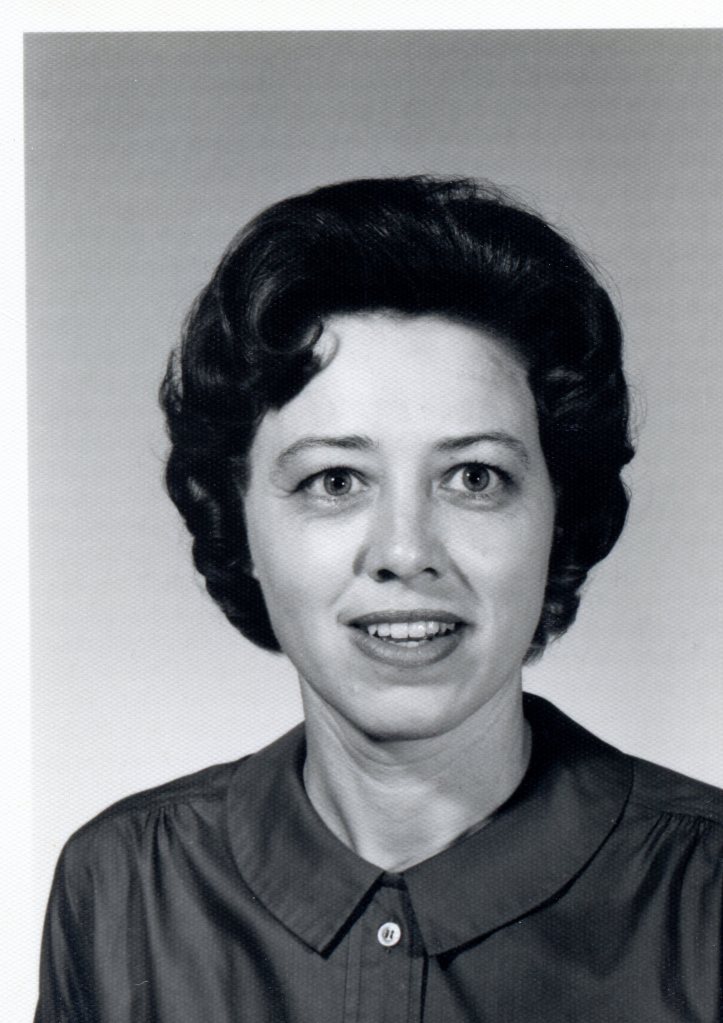 Mrs. Bradford was the first born to William Sheppard and Mary Jones White, August 21, 1926 in River Junction, Florida. As a child, her family moved to Troy, Alabama where she grew up during the Great Depression. She graduated from Troy High School in 1944 and Troy State Teachers College, B.S. in 1948.

While at Troy State, she was selected as Troy Radio Queen in 1948 and represented Troy, Alabama in the Radio Queen of the South contest in Miami culminating in a trip to Havana, Cuba. Most significantly, she was the featured vocalist of the Troy Wavemen college dance band under the leadership of Mr. R.G. “Jeff’ Bradford. She was also featured vocalist with the Harry Shepard band out of Chattahoochee, and from 1955 to 1970 the Jeff Bradford Quintet out of Tallahassee.

In a career spanning over forty years, she taught elementary (Greensboro), junior high (Raa Middle School), and high school chorus (Rickards High School), as well as working as Occupational Specialist at Raa and Cobb Middle Schools until her retirement in 1990. In between, she also worked for the Floridin Company, Capital Music, and the Florida Department of Education.

While at Rickards, she wrote the lyrics to the Alma Mater for which she was inducted into the Rickards Hall of Fame in 2015. Her life passion was for the thousands of students she mentored over the course of her forty year career, some of whom stayed in touch right up until the day of her death.

She was preceded in death by her husband of sixty- two years, Jeff Bradford; and parents, Shep and Mary White.

Arrangements are with Culley’s MeadowWood Funeral Home and  Memorial Park of Tallahassee.