Charles Henderson improves to 8-2 with win over Montgomery Catholic 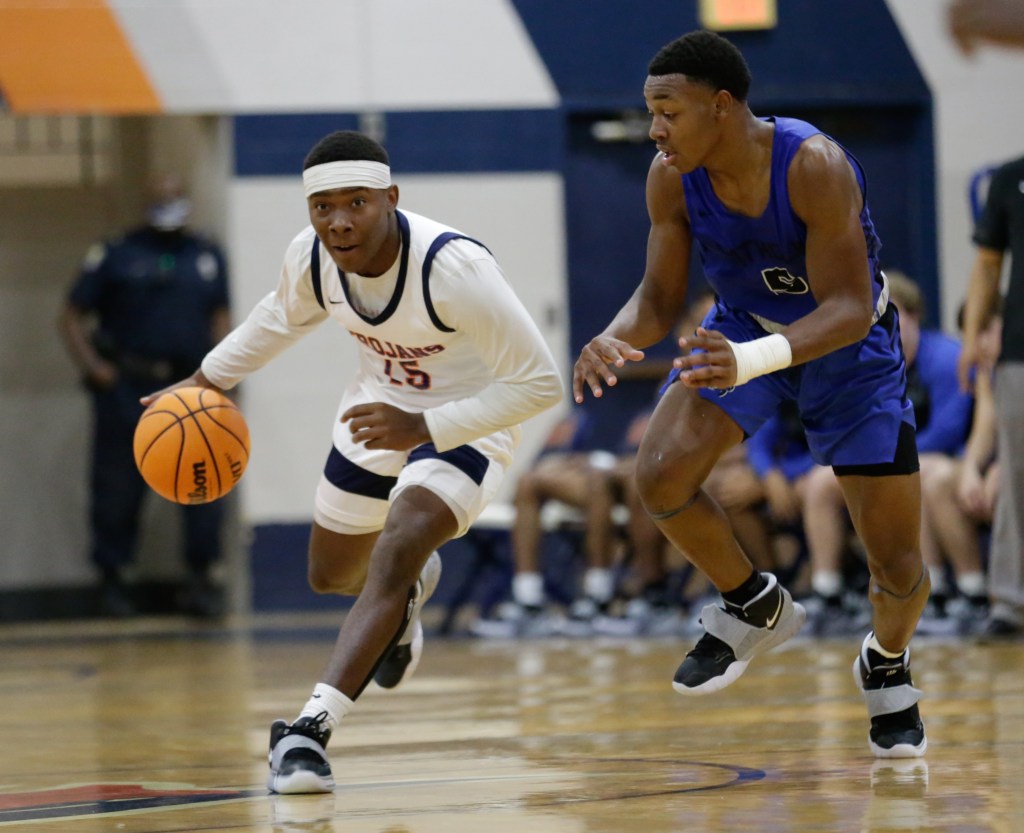 Akieves Shorts scored 22 and Cody Youngblood added 20 to pace Charles Henderson High to a 59-44 win over Montgomery Catholic Thursday night at Betty Wagoner Hall on the campus of CHHS.

The Trojans, improving to 8-2 on the season and ranked No. 1 in the state by MaxPreps in Class 5A, built a 16-0 lead in the first quarter before the Knights battled back in the second half to cut the lead to three.

CHHS took charge again in the fourth period en route to the 59-44 victory.

“We jumped out to a lead early, but sustaining that lead and confidence is tough,” said CHHS Head Coach Doug Branson. “We jumped out on them, let them ease back into it, and they came back out after the half and made a close game. We just had to settle back down and go back to being who we are. We made three’s early, but took a few bad ones later on. But once we got past that and started attacking the rim again and becoming the team we are supposed to be, then we got pretty decent again.”

The Trojans led 24-4 after the first quarter but the Knights chipped away to cut that lead to 12 points at 35-23 at halftime.

Montgomery Catholic made their shots to open the third quarter while the Trojans could not, and the lead was three at 35-32 with 4:50 remaining in the period.

CHHS pulled away again from that point, leading 43-33 at the end of the third following a three-point shot by Youngblood, and went up 51-37 on a dunk by Tay Knox with less than three minutes to play in the game, holding on for the 59-44 final.

After 10 games and an 8-2 record, Coach Branson believes CHHS is improving, but has a long ways to go.

“We’ve been beat twice by Enterprise, and they are a quality basketball team in 7A,” said Coach Branson. “Time will tell. We are by no means where we want to be as far as a team. Our word now is execution. We do not execute all the time, and we have got to execute when it counts, on defense as well as offense.”