Walker to speak during Troy commencement 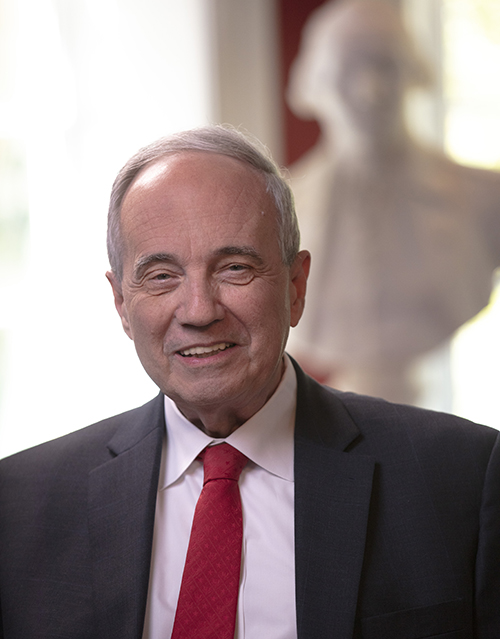 Tom Walker, Founder and CEO of the American Village Citizenship Trust will deliver the keynote address to Troy University graduates during fall commencement ceremonies on the Troy Campus on Friday, Dec. 11.

Two separate ceremonies will be held in Trojan Arena, due to COVID-19 restrictions. Guests are limited to two per graduate and they must escort the graduate into the arena. Overflow seating will be available in Veterans Memorial Stadium with the ceremony being shown on the stadium’s video boards.

In all, more than 725 graduates are expected to take part in the two ceremonies. The graduates come from 25 states and four countries.

In the late 1980s, Walker had the idea to create the American Village Citizenship Trust as a place to educate and inspire a new generation of young people to be good citizens by building on America’s founding principles of liberty and self-government. His vision became a reality when the American Village was chartered in 1995. Since its opening, the 188-acre campus has drawn about three quarters of a million students from all parts of Alabama and the Southeastern U.S. who have “stepped back in history” to discover the drama of America’s founding.

In 2017, Walker was one of only 16 citizens appointed by Congressional leaders to the United States Semiquincentennial Commission, which is responsible for leading the nation’s 250th birthday celebration and commemoration of American independence in 2026. He was unanimously elected as Vice Chairman of the national commission during its first meeting in Philadelphia. Walker is a past recipient of the American Bar Association’s highest national award for excellence in K-12 law-related education. He is also the recipient of the Daughters of the American Revolution’s Medal of Honor and the Sons of the American Revolution Gold Citizenship Medal, the highest national honors award by the societies. He has received numerous other state, regional and national awards, including being named as “Birmingham Citizen of the Year” by the Women’s Committee of Birmingham in 2014.

Walker received his bachelor’s degree with honors in History and Political Science from the University of Montevallo and his master’s degree in Political Science from Mississippi State University. A writer and frequent speaker, Walker advocates teaching American history, government and civic engagement as a vital part of an American education for students. He and his wife, Betty, have three adult children and one grandson.