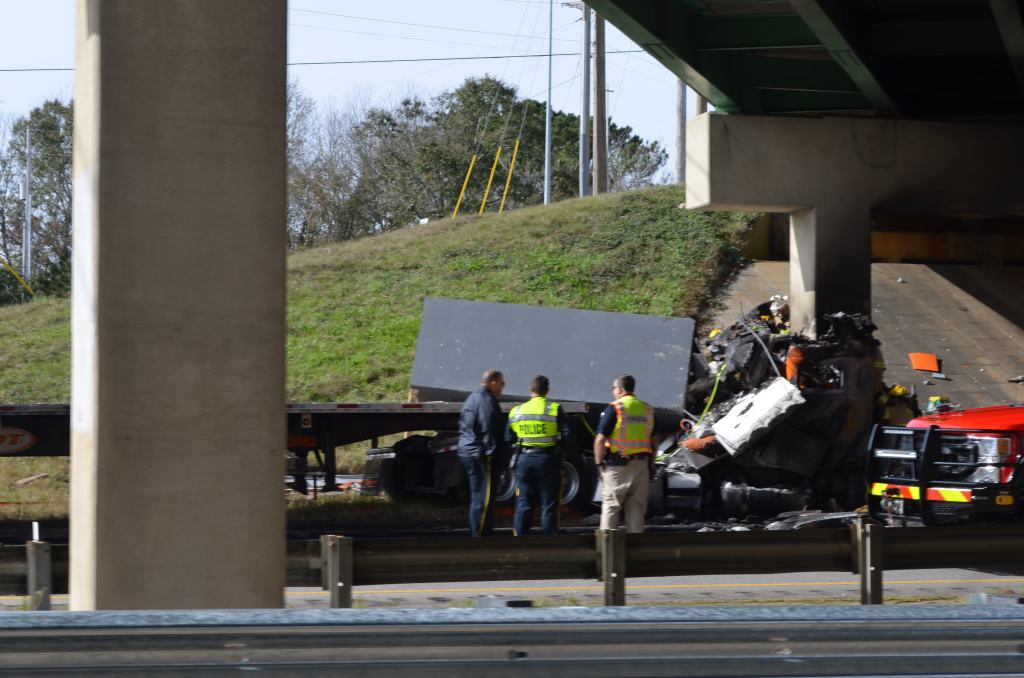 Officials closed the overpass after an 18-wheeler apparently crossed over the lanes on U.S. 231 and crashed into the base of the overpass.

Traffic in the southbound lane of U.S. 231 is still being diverted into the northbound lane as of 3:15 p.m.

Troy Police Chief Randall Barr said the accident took place about 8 a.m. and the driver of the truck has died. Details about the death and the identity of the driver are not being released at this time.

“Please use caution if you must travel through this area,’ Barr said.

The cause of the crash remains under investigation by the Troy Police Department with assistance from ALEA.