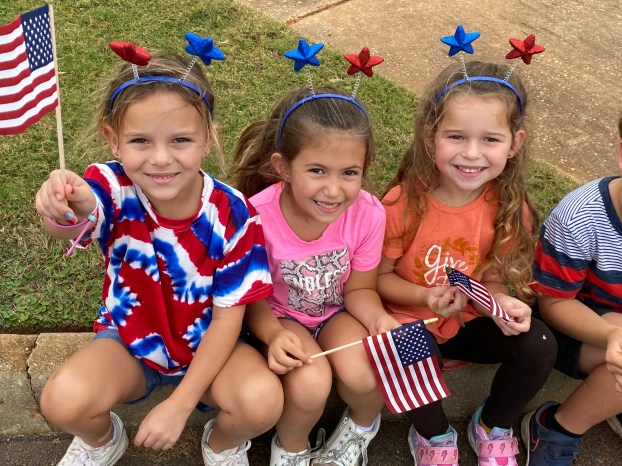 All American veterans were honored in a Veterans Day Service hosted by American Legion Post 70 at the post home on Wednesday, the 11th hour of the 11th day of the 11th month.

Post Commander Bob McLendon said Veterans Day is a day set aside each year for Americans to pay their respects to all those who have served.

“On Veterans Day, all Americans should stand in united respect for their veterans who served in times of war and also in times of peace. That respect should never waiver,” McLendon said.

Veterans Day was originally called Armistice Day and was a day to reflect on the heroism of those who died in service to the United States of America. In 1954, Congress passed the bill that President Dwight D. Eisenhower signed proclaiming November 11 as Veterans Day.

McLendon said is right that all American veterans should be honored for their commitment and their service.

Troy City Council members Marcus Paramore and Stephanie Baker expressed their gratitude and appreciation for America’s veterans. Paramore said his father, who served in Korea and Vietnam, instilled in him pride in America and gave him a clear understanding of what it means to be a veteran.

America’s veterans, not only help preserve the freedoms that Americans enjoy, but have paved the way for the country’s next generation of veterans who will continue to ensure those freedoms, Baker said.

Because of restrictions of the coronavirus, American Legion Post 70 was unable to host a Memorial Day service in May.  McLendon said the post was taking the opportunity of Veterans Day to read the names of those who died in service to their country beginning with World War I zand culminating with Iraqi Freedom.

The posting of the Memorial Wreath was by David Fraley, post member.

Following the reading of the long list of American patriots whose lives were lost in times of war,

“No one can ever say that Pike County has not done its part,” he said. “We our veterans and we honor them all.”

It’s been anything but a quiet eight months for the Charles Henderson Lady Trojans since they hoisted their second state... read more