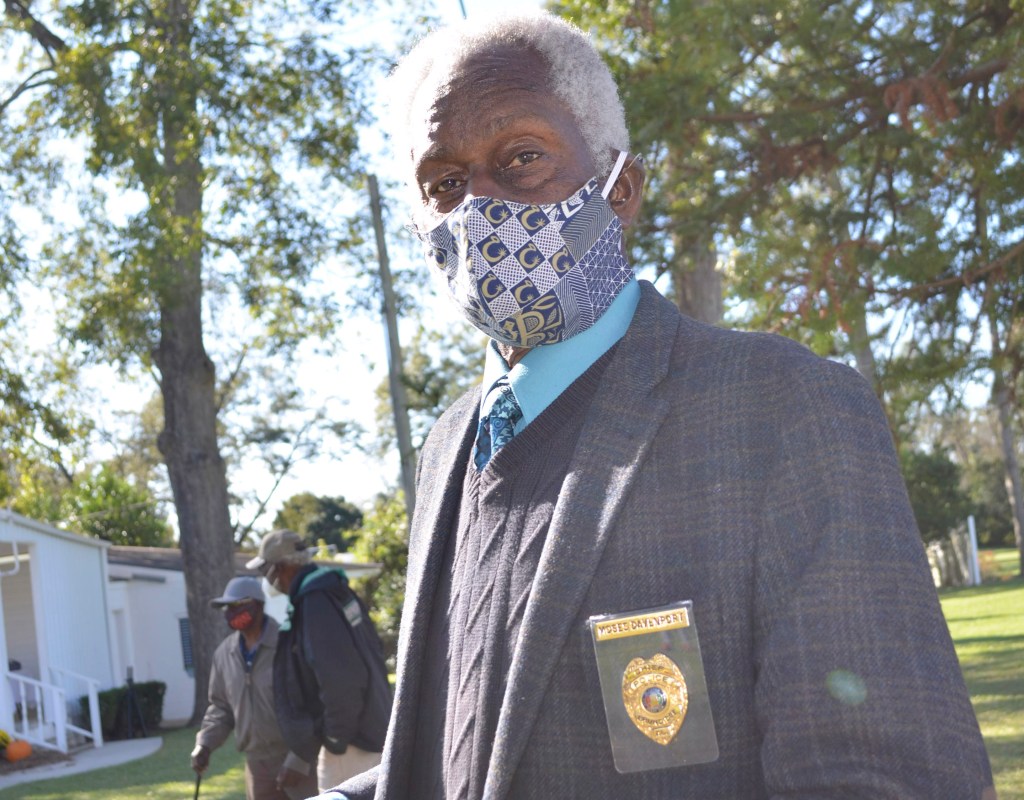 Brundidge Mayor Isabell Boyd said Lieutenant Charles Wilson of the Brundidge Police Department would serve as the city’s interim police chief until a replacement for Davenport was named.

Davenport joined the Brundidge Police Department in 1977 and is a 43-year veteran of the force.

Boyd said the decision not to reappoint Davenport was a council decision.

“Chief Davenport had an opportunity to retire but he didn’t take it,” Boyd said.

The council voted four to one not to reappoint Davenport.

“I think we, the mayor and council, could have worked out a retirement agreement with Chief Davenport,” Ross said. “He has served our Brundidge community for 43 years and we owe him respect and gratitude for his service.”

“I guess I’m fired,” Davenport said who attended the ceremony. “I was given the option to resign and I gave the mayor a date. It was not the one she wanted. I’m disappointed in the way this was handled today but it’s been done. But it’s been a good ride and I’ve enjoyed it but now, today, it’s over.”

Davenport said he began serving his country in with the Army in 1964 and continued to serve in the reserves. He served with the Brundidge Fire Department and the Rescue Squad.

“I don’t think there are many people in Brundidge that can say I’ve not helped them out in some way,” Davenport said. “You can’t please everybody and I’ve not been able to get everything done that I wanted to see through. But I tried my best to do the best job I could. I’m disappointed. Really, more than that.”

Lieutenant Charles Mack Wilson was appointed by the council to serve as interim Brundidge Police Chief.

Wilson is a 30-year veteran of the Brundidge Police Department.

As for higher aspirations, Wilson said he is not seeking the job of Brundidge police chief.

“No. I’m not called to that positon,” he said, with a smile.